Multi-task this Sunday.  Watch the Super Bowl and be active on Twitter at the same time.

Super Bowl XVIII is just around the corner. In fact, it’s only two days away.  While die-hard fans are gearing up to go to MetLife Stadium in New Jersey, other fans are preparing their best homemade snacks to get ready for the game.  It’s the Seattle Seahawks vs. the Denver Broncos this Sunday.  Both teams have solid quarterbacks and plenty of personality on and off the field.  Manning, the Bronco’s quarterback, is precise and accurate, while Wilson, the Seahawk’s quarterback, is flexible and fast.  It will be interesting to see how these two men and their teams, one with a great offense and the other with one of the best defenses, fight for the win. 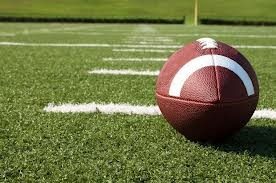 From year to year the names of the teams playing in the Super Bowl constantly change.  Another thing that is changing is the involvement of viewers.  Now viewers can be completely involved in the game by using two screens.  This means that you watch the television screen and are actively posting on and monitoring social media at the same time.  It allows you to have a voice in the happenings of one of America’s most watched sports events and to stay involved and informed.  It’s engaging to comment about plays, commercials, and the half-time show on Twitter.  In fact, there is already buzz around one of the great Super Bowl commercials that was released earlier this week.

One great way to watch Twitter actively is by using Twitterfall.  Twitterfall is a simple website that you can use to monitor twitter constantly for a certain subject.  It also allows you to retweet or reply.  On Super Bowl Sunday you can type add #superbowl and #XVIII to the list of tweets you are monitoring.  You do this on the left side under searches.  It will be interesting to watch and a useful tool to see what everyone else thinks about how the game is going and who made the best ad.  You can even try to be the first to tweet about an event.

While the game and new commercials will be intense to say the least, the social media scene on Twitter will be just as active.  Many companies that run commercials during the Super Bowl want viewers to interact through Twitter, and it will be interesting to see what viewers have to say about the game and all the fun things that come with it.  You should join the conversation.  Viewers will become players by commenting on things ranging from social issues to commercials.  You in? Start the buzz.