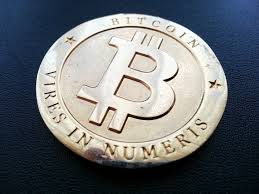 Bitcoin has been the subject of news stories around the world, and none have been more explosive than its connection with the infamous Silk Road. Now with BitInstant’s CEO, Charlie Shrem, arrested for money laundering, some wonder about the future of this enigmatic currency.

First of all, what is bitcoin? The term seems to inspire a vague understanding of some form of online money. In reality, it is much more complex. Bitcoin is technically a cryptocurrency, meaning it uses cryptography to control bitcoin creation. According to the Huffington Post, bitcoins are not in infinite supply. They are “mined” by solving computer algorithms. Bitcoins are then exchanged from person to person, without the constraints of being controlled by any centralized agency.

So why does the future of Bitcoin seem so uncertain? The answer is found in two places: the 2014 World Economic Forum and China. According to an article by International Business Times, during the World Economic Forum Robert Shiller, a Nobel Laureate economist, expressed concern over the cryptocurrency stating that it was “a perfect example of a bubble.” Shiller conceded the obvious public fascination with Bitcoin, but feared the assurance of its success.

In the same article, it’s noted that both U.S. Treasury secretary Jack Lew and J.P. Morgan Chase & Co. chairman Jamie Dimon expressed their concern regarding the currency. Lew feared the anonymous nature of the currency could lead to future illicit activity, while Dimon doubted its ultimate stability.

Clearly some fear for the future of Bitcoin, but do any support it? The answer is mixed in China. According to an article posted today by RT Business, Chinese company BTC China is now accepting yuan-to-bitcoin deposits, contrary to a warning issued by the Chinese government. The government issued a memo that financial institutions were to stop dealings with any bitcoins by January 31. BTC China has stated they are going to take a “wait-and-see approach” regarding the regulation.

While the exchange in China was shut down, “bitcoin prices tumbled more than 50 percent.” If China enforces a universal ban on bitcoin exchange, the cryptocurrency could unexpectedly plummet.

Despite its growing popularity, Bitcoin has been increasingly criticized. Is this due to the cryptocurrency’s prominence in the public eye, or will its volatile nature be its ultimate failure? What is the future of Bitcoin? We’ll have to wait and see.