The Olympics and Social Media

Whether it’s watching Shaun White land a cool trick or hearing about the success of athletes who have trained for these games their whole life, the Olympics are always a time of unity and international support.  The games make the world seem smaller.  The countries get to work alongside one another in peace for a couple of weeks every other year.  There is something truly special about it, but this year things have gotten off to a rocky start.  Reporters are complaining of unsafe hotels and athletes are getting injured, not to mention the public uproar around security concerns and human rights issues. 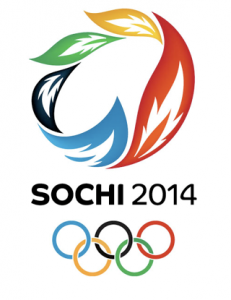 With Twitter you can see what someone is thinking halfway across the world instantly.  On Facebook you can reconnect with old friends.  The invention of the internet and then the subsequent development of social media definitely makes the world smaller.  But, this small e-universe is creating a world where we forget to look up from our phones, tablets, and computer screens and interact with people.

Although it is pivotal to be involved on Twitter and other social media sites as a young professional, it is even more important to spend your life with real people and not in front of the computer screen.  People go to work in offices full of other humans, but due to technology are often distant from deep face-to-face relationships.

When was the last time you spent a whole evening with friends or family without looking at your phone to check email, texts, or social media?  For most it has been a good while.  C.S. Lewis once explained that humans are far too easily pleased.  We content ourselves to sit and play in the mud when we could have a holiday at sea.  While C.S. Lewis was talking about something deeper than social media and friendship, his idea translates.  People are content to play on the internet and text friends when, if you would just look up, you could have real and meaningful face-to-face conversations with great people.

So, take a holiday at sea and reach out to those around you.  Use social media to connect with people and then build true, deep relationships.  Friendship and connections, whether built through social media or in person, will take you farther in life and in your company than any tweet, push or blog.