Every year on February 14th Valentines Day takes place. Valentines Day is known as the day of the romance, love and friendship, it is the day to spend affection to loves ones. Family, friends, couples exchange presents, flowers, cards, and chocolates and sweets between loved ones. This holyday has become one of the most famous holydays on the U.S. More than 62% of the population celebrates it. During this day it’s impossible to find a seat at a restaurant without prior reservation, couple and loved ones swamp restaurants to express their love in a romantic dinner. 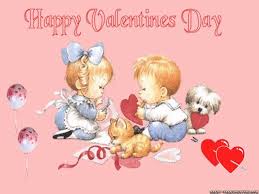 So, what are the Origen’s of Valentines day?

A History Channel Documentary explains the history and the roots of Valentines day. This celebration goes back to a Roman Fertility Festival held in mid February, known as Lupercalia. This pastoral festival took place to purify the city and prevent evil spirits to make it healthier and more fertile.   Later the church choose this month to celebrate St. Valentine’s day christianse this celebration.  Not much is known about St. Valentine, he was sentenced to death after performing illegal marriage ceremonies after Claudius II prohibited marriage, with the believe that single men made better soldiers. At the end of the 5th century Pope Gelasius declared Janyary 14th  Valentines Day in  honor of the soft hearted. However, until 1300’s  this holiday became associated with love and romance. The tradition of letter exchanging for this holiday started in Great Britain during 1970’s. After, this holiday expanded to the U.S and in 1840’s the mass produced cards were introduced. Later on, Valentines day became the major consumer holiday.

With this is mind. Nowadays Valentines day has become the major consumer holiday after Christmas. In this holiday an approximately of 35 million boxes of chocolate are sold, 220 roses are produced and a total of $20 billion dollars are spent in the U.S on Valentines Day.  Also it has become likely between couples to express their love by getting engage, an average of 6 billion couples get engage on this day.

Many people argue that with this holiday being one of the top ranked consumers holiday the true meaning of this day is forgotten. Also, many people dislike the holiday because its a consumer holiday and they don’t feel the need part of it, or just because they don’t have a Valentine. However, Valentine day shouldn’t be about who gets more gifts or who has a Valentine or who doesn’t. It should be about love and appreciation to loved ones should not be a one in a year thing but and everyday act. Love is or at least should not be based or seen in that fancy days dinner, or that flower bouquet. Love is more than that, love is making the other person feel loved, complete, but not only one day or even an evened but for as long as you know them.