Social Media Takes Over the News and the Olympics

In the past, news was only accessible at strict times determined by the media channels.  If you wanted to watch the local news, you had to tune in at the right time or it was gone forever.  Social media has greatly changed this.  Because of social media, you to never have to pick up a newspaper or watch a television again in order to be updates on the news.  Social media has given consumers the power to access news when they want, where they want, and from whichever sources they want. 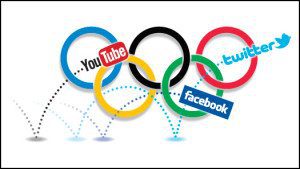 Through websites like Twitter, social media has made the news customizable. Users are able to receive many stories from many different sources all at once.  Simply put, you are able to pick and choose the news and sources that suits you the best.  Are you dying to know something about the Olympic athlete Sage Kathesberug, the first gold medalist of these 2014 winter games, but no reporter has asked that question yet?  You can become the reporter and ask him directly using social media.  As the Olympics take place in Russia, viewers are able to see, hear, and ask about all of action via social media without having to wait for it to air on television.  Olympic athletes, like many other celebrities and public figures, have used their social media accounts to keep their fans updated, in real time, on all the events and the behind the scenes actions of their lives.

Social media is also able to break news stories before they become news stories.  Johnny Quinn, an American bobsledder, has made more headlines after tweeting a picture of a bathroom door with a gaping hole and the caption “…With no phone to call for help, I used my bobsled push training to break out.” than for his athletic ability.  Gus Kenworthy, an American skier, made headlines after posting a picture with the caption “Puppy love is real to puppies” and sharing his desire to help the stray puppies living in the area surrounding the Olympic Village.

Social media sites have reshaped they way news is consumed.  Like many things today, the news has adapted to the viewers desire to be on-the-go and have everything made-to-order.