Most students these days believe that social media is harmless, but in reality, social media does more harm then good. When a student posts pictures or status on their Facebook or Twitter, they only think that their friends can view it. However, once they are uploaded they are available to the public. Also, the delete button gives them a sense of security, but anything that is uploaded on the internet can be traced even if it is deleted.

It is important that students are aware that these pictures can damage their business reputation. In an interview a couple of weeks ago, the man interviewing me asked me to sign onto my Facebook account, and give him a tour. Thankfully, I make sure to keep my Facebook relatively clean, and do not allow for incriminating photos. But, it is not only pictures that are being checked out. Wall posts, statuses, and “about me” section are also under watch.  Posts about racism, politics, partying, or including foul language are tacky, and could seriously hinder getting hired for a job. These type of practices are becoming very common, and as businesses continue using social media for marketing and advertising, proper skills in this area are a must. 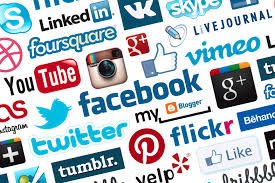 Expanding on that, Facebook is not the only social media site that provides opportunities for these issues. As applications such as Snapchat and Instagram become more popular, there are more risks for ignorant young adults and students. Many people actually believe that the picture they sent for three seconds on Snapchat is wiped from the system immediately. Unfortunately for these people, Snapchat has been under fire recently, as it keeps being hacked. Also, it is as simple as a screen shot that can ruin a reputation.

Another area that has become fairly sticky is twitter. Twitter has taken over the social media world, and coincidentally is owned by the government. Every post ever put on twitter whether kept or deleted is saved into a cloud, and can be retrieved at any time for future use. Making sure to post responsible and mature tweets is key, as companies are also asking applicants to open their twitter accounts during interviews.

Though social media plays a huge role in our society today, it is a dangerous playground if not taken seriously and professionally.