Have you been a victim of walking through Dallas Hall, or down the Boulevard on SMU campus, making the most ridiculous facial expressions while taking a selfie on your iPhone? Or even better, have you been victim of witnessing someone else do so? Well, I have.

Four of Stanford’s students recently fabricated the latest and greatest smartphone app, SnapChat, which has started taking over the iPhone market. The growing popularity of this app has truly glorified the selfie–aka, taking a mobile picture of yourself. “What’s so great about taking pictures of yourself?” one might ask, but it’s not just for pictures of yourself, it’s for any picture angle you’d like to capture and share with a friend. 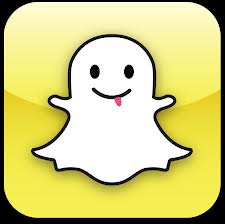 Here’s the catch, however, there’s a time-limit for how long the picture can be seen by your friend, and who has access to see it. While this app can be abused easily (let’s just say “ex-rated” pictures), it also is a fun way to share what you are doing or witnessing, and then send to any friend on your SnapChat buddy list as you please. 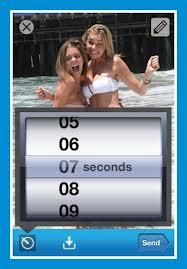 I don’t know about you, but I would much rather get a picture from a friend of something they’re doing- than a text saying something along the lines of, “OMG so I am at the bar and this girl just walked up with blue hair.” Don’t say it, show me a first-hand image of it! That is the beauty of SnapChat. As they always say, “a picture’s worth a thousand words.” So save your thumbs from all that texting and just send a pic.

Now, what does this have to do with my first point of the glorified selfie? Let me illustrate for you… 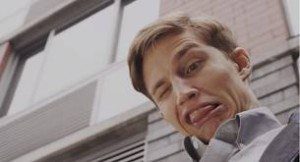 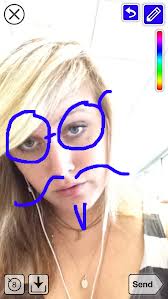 “damn that stache is sexy” 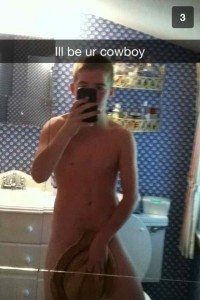 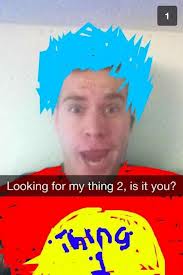 this is some good use of the drawing tools! 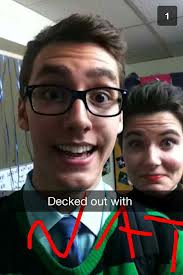 I’m sure from the description I’ve provided this app sounds somewhat pointless, but that’s because it is! SnapChat is simply a fun and creative way of staying in touch with your friends on a real-time basis.

And for all you parents out there, does the phrase, “it’s 12 a.m., do you know where your kids are?” ring a bell? Well thanks to SnapChat this app can be utilized as a protective tool for making sure your kids are where they say they are. Since the picture can only be taken at the time of the snap, rather than an upload of any random image, just ask your kid to SnapChat you the house they said they’re sleeping at… and when you see solo cups and a party going on instead… well, you know what to do. 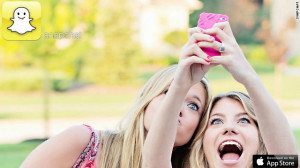 I’ve got to admit, this app is pretty addicting.