Most of us are not celebrities that just get an instant Twitter following, we have to work for our followers. Here are five quick and easy ways you can increase Twitter followers: 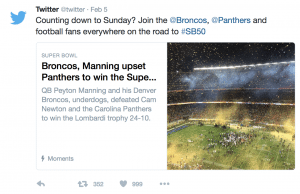 Following these five tricks will grow your Twitter following, so keep engaging and you will see great results.