Over 66% of marketers incorporated bloggers into their social media strategy in 2017.  Bloggers evolved from part-time hobbyists to powerful influencers running online empires. Top influencers sit front row at New York Fashion Week, receive free merchandise from mega brands and travel around the world. However, living in the public eye is not always as perfect as it seems. Many influencers face serious safety and security problems. Here are some of the issues with privacy and security for influencers. 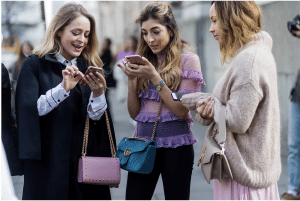 Online trolls use the comment section as an avenue to bully and harass top influencers. Influencers expect to receive negative feedback. However, there is a fine line between criticism and bullying.   By not responding to rude comments, influencers reduce the harasser’s power. Additionally, influencers should block negative followers and delete offensive comments.

Many influencers check-in to various locations on social media. This advertises to thieves when their home is empty. Bloggers should never check-in online and post with a delay. For example, post pictures from a weekend trip the following week.

The issues with privacy and security for influencers are often not realized by followers. By taking extra precautionary steps, influencers prevent infringement on their private lives.