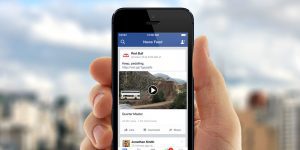 On Wednesday morning Facebook announced plans to unleash new video technology. New features include automatic audio play for videos and a feature that pulls videos to the sidebar as users scroll through their timelines. These changes restructure the way Facebook video advertising is crafted in a number of ways.

Before diving deep into these updates, let’s take a look at best practices for Facebook video advertising:

Don’t: Forget to Take Advantage of the Video Advertising Feature

Shocking but true, many businesses fail to take advantage of Facebook video advertising capabilities. Instead of opting for traditional still advertising, make sure your organization utilizes this dynamic function.

Facebook video viewership has grown 50% in the past year, and research indicates the majority of these views have been driven by advertising.

Do: Customize Your Audience

Facebook provides a number of ways to ensure that your video ads are reaching your target audience:

By customizing the audience that views your Facebook video advertising, you can cast a small net that is more likely to yield a profit. 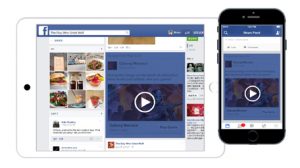 Uploading your video directly to Facebook also increases its size up to 11 times in News Feed. That means more brand visibility and a higher likelihood that your video will get clicked.

Do: Monitor Your Progress

Facebook provides a number of monitoring tools that allow you to chart your video’s success. With the “Videos” application, organizations can track statistics including include duration of average view, percentage of video watched, and clicks-to-play.

By utilizing these monitoring features businesses can adjust future advertising for greater success.

Innovators at Facebook constantly surprise users and businesses with new features, and their new video advertising features are just one example. As Facebook adapts to changing demands, make sure you stay up-to-date with these changes.

It may just be the key between failure and success.