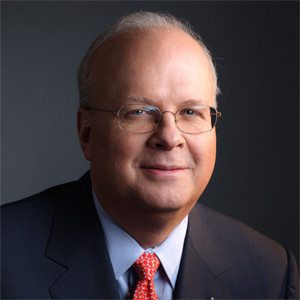 On Wednesday, I had the pleasure of attending a luncheon with Karl Rove as the keynote speaker. Through an informal interview, he discussed the results of the previous election and predictions for the future of the Republican Party.

The first question covered what happened in the previous election. Rove discussed the ground war between the two candidates, Governor Mitt Romney and President Barack Obama. He noted that the Republicans had more volunteers, yet the Democrats were able to use their volunteers more effectively throughout the campaign.

The topic of microtargeting also came up during the luncheon. Microtargeting in politics was originally introduced by Rove during the 2000 election when he worked on President Bush’s campaign. During that election and the 2004 election, he used cutting-edge technology to target specific voters likely to vote Republican. Many people believe that Rove’s campaign techniques were the sole reason Bush was able to win both elections.

A final major topic discussed was immigration. Rove stated that Republicans can gain the upper hand on the issue this year. He specifically noted the work that Senator Marco Rubio has put forth the past few months within the Senate. A large majority of Hispanic voters went Democratic this year, but Rove believes that trend can be reversed by the next election cycle with the help of Republican leaders like Rubio.

Overall, the interview with Rove was very informative and gave some insights into the 2014 and 2016 elections. The event was held by the National Center for Policy Analysis (NCPA), a non-profit public policy research organization. Celebrating their 30th anniversary, Rove is just one of many major speakers they have had over the past few years.