Just because you didn’t grow up with social media, doesn’t mean it is too late to learn. If you are above the age of 20, it is more than likely that your parents didn’t grow up using the social media tools that we use today. This is about to change for them.

A recent study was conducted with  42 adults, ages 68 to 91, who were not used to using any form of social media.  They had them use either Facebook, or an online diary at least once a day on whatever they wanted to say. There was also another group that was never exposed to any form of social media.
They found that those who used Facebook and an online diary showed they had a higher ability to process more information than the group who was never exposed.

The use of social media allowed them to stay connected with their family members, and society as a whole because of their daily use of computers. Essentially, those who were taught how to use Facebook showed improvement in some aspects of cognitive function.

The research that was found in this study was presented at the annual meeting of the International Neuropsychological Society in Hawaii.

This study just goes to show that anyone can learn and grow through the use of social media. 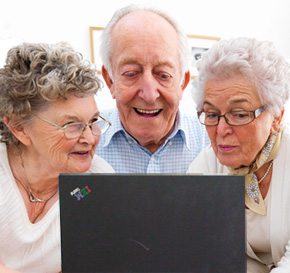 To read more on the study visit this link: http://yhoo.it/YEoASz