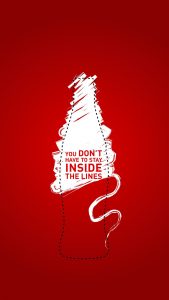 Coca-Cola recently restructured to become a digital business. The digital transformation of Coca-Cola will take place in four areas. These areas include consumer experience, operations, new business, and culture. To improve consumer experience, Coke plans to use artificial intelligence bots to better the content, media, and commerce aspects of their business.

Mariano Bosaz, Coke’s global senior digital director, seeks to replace creatives with robots. He wants to start testing the bots in automated narratives, and other areas. Certain tasks, like music creation, script writing, posting spots on social media, and media buying, could be done by robots.

“It doesn’t need anyone but a robot–that’s a long term vision. I don’t know if we can do it 100 percent with robots yet–maybe one day–but bots is the first expression of where that is going,” says Bosaz.

While this is a long-term vision, Coke is not the first brand to predict a human-less creative. Artificial intelligence is currently being used to create music in ads. And, publishers at the Associated Press are also testing using robots to write copy.

Regardless of when Coke decides to start using this technology, others will follow. If a brand as large as Coke replaces humans with robots, it will only be a matter of time before competitors followed. To read more about Coke’s vision of artificial intelligence bots replacing humans, click here.