The South by Southwest Festival, a weeklong event in Austin bringing together some of the most talented individuals in music, film, and interactive media, now has a lot more to offer than a good time. Today SXSW is one of the premiere annual events for media members, entrepreneurs and investors in the world of tech.

The place to be for cutting-edge technologies and digital creativity is none other than SXSW Interactive Festival.  The rise of social media and startup launch success are two of the most prominent factors of analyzing the expansion of the SXSW Interactive over the past decade. 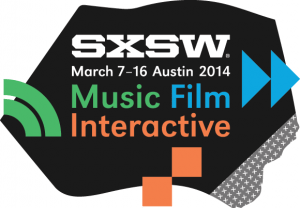 SXSW Interactive was launched in 1994 and has made major advances since then. One of the most notable additions would be the SXSW Accelerator pitch event. The event is a competition for interactive technology companies to wow a live audience, a panel of judges and co-emcees with their ideas innovations, products and/or services.

A panel of judges and a live audience discover the most innovative online technologies at SXSW Accelerator. The event is a competition for interactive technology companies to wow a live audience, a panel of judges and co-emcees with their ideas innovations, products and/or services.
Displaying a glimpse into the future of the technology industry, spectators are given the opportunity to see advancements in various sectors of emerging technology. SXSW has proven to be the perfect place for startup launches by serving as a launching pad for companies who gained success after the event.
Foursquare and Twitter can thank SXSW for their success. Foursquare made it’s official launch at SXSW in 2009, creating a flurry of activity as those in attendance downloaded the app and created networks of “check-ins” at venues throughout Austin. The network went viral, and SXSW was undoubtably was a major player in the companies success.
Although Twitter didn’t technology launch at SXSW, it was definitely the social network’s coming out party. Twitter gained traction from the network of tech media and several influencers that began using the social network at SXSW in 2007.
Today many companies use the successful startup launches of Foursquare and Twitter as models for their own success. Due to SXSW Interactive’s network of technology experts in attendance, many companies have been able to get up and running as well as showing a promising future.
From humble beginnings to being the paramount event for everything that is high-profile and high-tech, SXSW is targeted by media, entrepreneurs and capitalists. Even government agencies will be attending the festival looking into technology investment and development.
For a festival that got its start as a channel for local Austin musicians, SXSW has become one of the largest technology showcases to date. SXSW Interactive Festival will take place from March 7 through March 11 celebrating 21 years of innovation, creativity and inspiration.