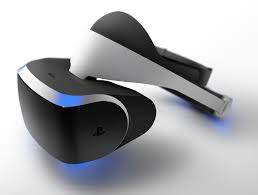 As of March 18, Sony announced the development of Project Morpheus. What is Sony Project Morpheus? Well, it doesn’t have anything to do with the famous character from the Matrix, but Sony’s new virtual reality head gear could have users feeling transported to another world. But competition with Oculus’ Oculus Rift v2.o has developers wondering if users will choose the red or the blue pill.

Sony Project Morpheus is meant to immerse users fully in a virtual reality world. Full sensory engagement is made possible, in part, by Sony’s use of “3D audio technology.” According to the company’s press release , Sony created the technology to create a more realistic virtual world. “In addition to sounds coming from front, behind, left and right, Morpheus recreates stereoscopic sounds heard from below and above the players, such as footsteps climbing up stairs below them, or engine noises of helicopters flying overhead.” Sony Project Morpheus additionally allows for players to “hear change in real time.” That sounds like something we can get behind.

Unsurprisingly, Sony Project Morpheus also provides advanced visual features. Sony’s press release states that  the “visor style head-mounted display” works with the PlayStation®Camera to create images on an LCD display. As a player moves his or her head, the image will rotate to mimic the user’s movements. This is due to “inertial sensors built into the head mount [to]…accurately track head orientation and movement.” Additionally, the PlayStation®Move Motion Controller will be used “as an object like a sword…Morpheus will reproduce the player’s hands and sword within the game so the player feels like they are physically fighting off enemies with their sword in the virtual world.”

However, despite the technological advancements of Sony Project Morpheus will it dominate the field? Currently, the Oculus Rift has the advantage of having been out for more than a year, lending some familiarity to the product, while Sony Project Morpheus still prepares for a future commercial launch. According to Ben Gilbert, quoted in Time, “Project Morpheus is both extremely promising and clearly not ready for prime time.” Soon the commercial launch will allow users to compare for themselves, but for now we’ll have to wait and see.