Everyone is an expert now. Roger Ebert, renowned film critic, died today. Ebert was one of the few recognizable names in his profession, a true movie expert. Renowned film experts are few and far between now that everyone can publish their own film critiques on tons of different sites. 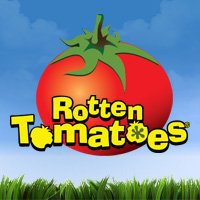 RottenTomatoes.com, which has become the most common way people review movies, takes input from thousands of different critics to grade a movie on the tomoatometer. Why would anyone read the opinion of a single man like Ebert when they could see what thousands of people said by looking at a single number? This is the critic’s dilemma, but movie critics are not alone. As legitimate experts become harder to identify amongst the online babble knowledge will become more shallow.

The Internet is making professions like book and movie critics obsolete, but when will the Internet’s profession appetite be satisfied. Anyone can be a movie expert now, but can anyone be a law expert now? Are lawyers the only people who can understand and interpret the law? It seems like the Internet has quite a bit of information on US law. What about doctors? Do I really need to speak with a doctor if I am not feeling well? Webmd seems to have a lot of answers.

This is where I see things going, but when will it stop? For people in remote areas its even easier to justify consulting the internet as apposed to a legitimate expert due to proximity. So knowledge becomes more shallow, because people aren’t looking deeply into an issue. Instead they find the quickest answer they can, which is usually from the Internet.