All they do is win, win, win 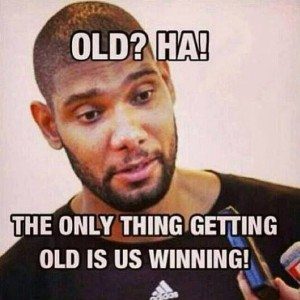 The San Antonio Spurs made franchise history this week with 19 straight wins. Over the past 16 seasons the Spurs have amassed 50 or more wins each season, and they are on track to win 60 this season. Because the Spurs win so much, it’s easy for people to push the Spurs to the back of their minds until the play-offs roll around and some dare to call the Spurs “boring” because of their predictability. Winning just makes fans love their Spurs more. 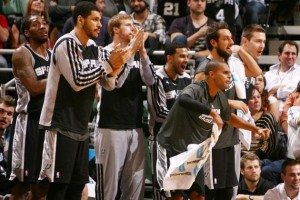 Many people may know of the San Antonio Spurs’ Big 3: Duncan, Ginobli, and Parker, but the Spurs bench is the most solid bench in the NBA. The Spurs shoot above leave averages from almost any spot on the court all because of an extremely talented roster. You may recall the time Coach Pop rested the starters against the Heat and the NBA fined him for it. Then the bench blew everyone away by coming this close to defeating the Heat. Even at the beginning of this season, when the Spurs were plagued with injuries, the bench stepped up and they still won. 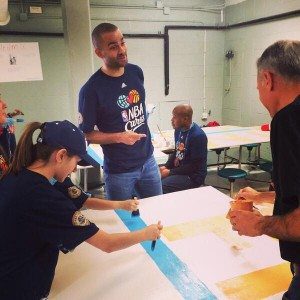 With a chance to win 20 games in a row on Thursday, Coach Pop told the team, “I could care less whether we win or lose this game. I’d rather win but I want to win the right way.” This sums up exactly how the Spurs operate.The Spurs franchise aims to be humble, chock full of good character, and an example for the San Antonio community. Naturally, San Antonio fans love it. 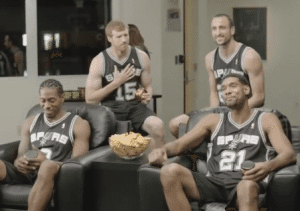 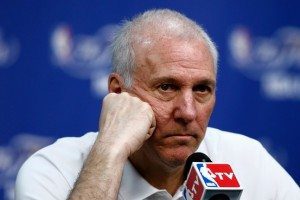 Head coach Gregg Popovich is a character all his own. Have you ever seen anything funnier than Coach Pop talking to a sideline reporter? His one word answers are so short and sweet sometimes the reporter doesn’t even have time to register it. One blogger describes him as a “brilliantly opaque curmudgeon.” Spurs fans still love him, though. 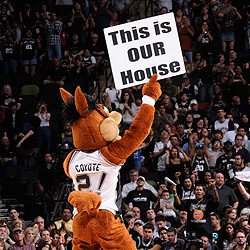 Nothing gets fans more pumped up at a Spurs game than the Coyote asking for a ear-splitting ‘Go Spurs Go!’ His crazy court antics and athleticism have crowned him as one of the top mascots in all of sports.

Spurs Nation often discourages bandwagoning, which usually happens around the end of regular season when people realize the Spurs have made the play-offs yet again, but we appreciate that at least for a few weeks the San Antonio Spurs get the recognition they deserve.