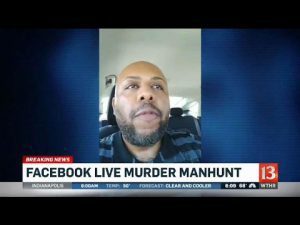 The History of Live Video

In the past year there have been multiple cases of abuse, rape and even murder streamed live on Facebook video. The videos have explicit content that many feel should not be seen by the general public. Others feel that users ability to share live videos gives them the freedom to post whatever they want- even if it is insanity. Where does Facebook draw the line? How do they protect users without censoring content?

The Most Recent Case

On Easter day of 2017, a man in Cleveland, Ohio went live on Facebook. The video was of a 74-year-old grandfather being fatally shot. The video remained on Facebook for two hours before the page shut down. It was not reported until two hours after being shared, and even then it was not removed immediately. The video sparked a debate between Facebook users. Should social media companies better monitor content? Should they remove graphic or disturbing content instantly?

There are two sides to this current debate. One side feels that it is the social media sites responsibility to monitor content. To ensure content does not violate the sites terms and agreements. The other side feels that it is not the social media sites job to censor. Rather, they feel it is societies responsibility to not abuse the technology for evil. Some feel that it is important for the world to see the reality of what happens today in society. No matter what side of the debate you agree with, it seems as though there is no immediate solution for this inhuman exploitation via live video. The reality is that with millions of users the site does not have the ability to immediate review each live video posted. As a result, users have and will abuse the freedom they are given online.

What I find most confusing is the lack of concern people seem to have when posting incriminating content online. The actors of these heinous crimes broadcast their guilt for the world to see and for the court to use against them. It is an ignorant use of technology, but some never learn.