Facebook, Google, and Twitter have all allowed for companies to advertise on their websites for years, but recently mobile advertising, specifically mobile app install advertisements, have become extremely predominant. Mobile app install ads enable users to download games and other apps directly to their mobile device from the ad itself. Facebook has been utilizing this type of advertising since 2012, but in recent weeks, Twitter and Google have both announced they would be following this trend.

As of April 17, 2014, Twitter allows marketers to place app install ads within the Twitter feed. Seeing as nearly 75% of Twitter’s usage is done via mobile devices, the promotions of app installs seem like a reasonable next step for the company and its advertising program. In addition to th high mobile usage among its consumers, Twitter bought the mobile ad exchange company MoPub earlier this year, for roughly $300 million. MoPub is an ad-serving platform (a service that places advertisements on websites and in mobile apps) that helps to efficiently monetize various apps. 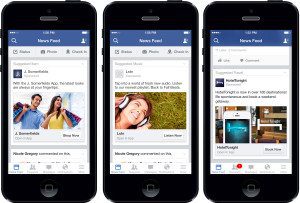 Google is no stranger to mobile app install advertisements. The company first introduced app install ads, in 2011. However, the company recently announced that it is offering the ability for marketers to buy paid search mobile install advertisements. This advancement will give companies the ability to link AdWords directly to an app.  The ability to do this can create a great amount benefits for the app companies using it and  a great amount of revenue for Google.
Mobile App Install Advertisements have the potential to heighten the advertising profits for these companies and efficiently promote new apps to their targeted markets. Do you think Mobile App Install Advertisements will be an effective trend in the future? Or will these ads simply clutter the social media channels?