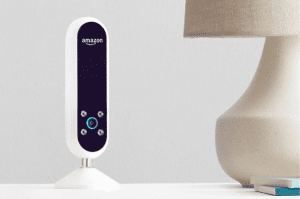 This week, Amazon announced their newest creation. Think the Amazon Echo that also doubles as a stylist. The $200 device is called the Echo Look and it’s geared towards consumers seeking fashion advice. The camera in combination with a few algorithms allow consumers to take photos and compare their outfits.

There is speculation that the Echo Look will have additional uses beyond fashion advice. Some say that the Echo Look may be able to serve as a security system for companies or serve as a virtual fitting room. This speculation is a result of the multi-functional Echo that Amazon launched in 2014. The original Echo was marketed as a “glorified MP3 player” but turned out to serve many other uses. For instance, it could turn on your home’s heating system or place a takeout order. Consumers expect that Amazon’s new technology will come with features that reach beyond fashion advice.

Concerns about the Echo Look

The major concern about the Echo Look stems from its camera feature. The Echo Look commercial raises concerns about privacy. If the Echo Look is recording people changing then privacy becomes an issue in the event that the devices are hacked. Since the original Amazon Echo is always listening, who’s to say that the Echo Look isn’t always watching.

Beyond the Echo Look

Regardless if the Echo Look is successful or not, there is no doubt that other digital assistants will appear in the marketplace. There is undoubtedly a big opportunity in the virtual assistant world. The technology is readily available and able to perform the duties of a real-life assistant. The problem isn’t whether the technology is smart enough, but rather will consumers trust it. As one article puts it, “digital assistants will need to earn the trust of the employee, just like any other colleague.” To be successful, digital assistants such as the Echo Look must prove to have accurate information and keep information private.