Every fall fashion devotes religiously check their mailboxes for one thing: The September Issue. Year by year the issues grow thicker, the 2013 issues rivaling phone books. What could possibly fill those hundreds of pages? Advertisements. Every major brand works tirelessly to have their fall campaign stand out on the glossy pages of the magazine. However, this year one brand’s campaign instantly stood out. 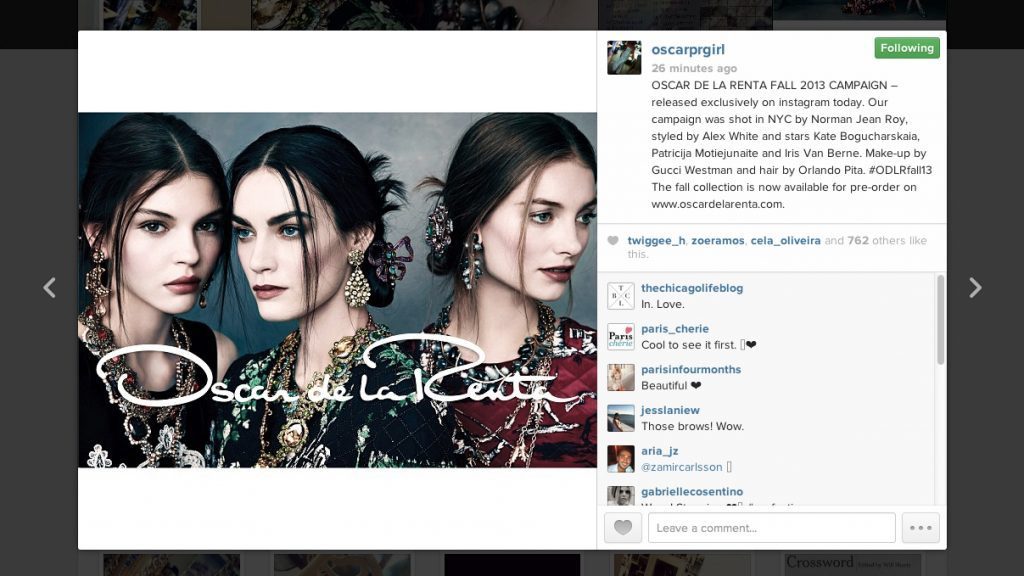 Oscar de la Renta didn’t release the photos exclusively on Instagram, they were also printed for September issues, but the release shows the impact of the digital world on the fashion industry. Oscarprgirl has more than 175,000 followers and the account is another way for the brand to reach their consumers. According to Mashable each image had more than 1,000 likes in the first hour.

Instagram doesn’t allow direct links in their captions so ODLR wasn’t able to directly track pre-orders from the individual photos. However, they could follow the traffic in real time and gauge the success from there.

With 130 million monthly active users on Instagram,  are digital advertisements the next big thing?