Apparently teasing the celebrity leaked photos scandal is not only funny, but also a great way to promote a company, or so Spirit Airlines thought. The Florida based airline decided to take advantage of the scandal to promote its “bare fare” low cost flights. They sent out an email last week that titled “Our Selfie Leaked Too…” together with a photo of a cartoon woman covering only her chest. 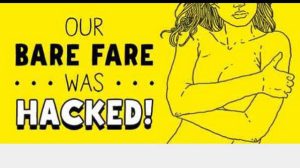 Another company goes down for not putting social media to good use. Not only did Spirit Airlines send that disrespectful email,  but also tweeted it. However, after getting numerous complaints on their Twitter, they decided to take it down. Does this mean it’s all over?

One of the biggest problems with social media is that once you post it, it’s hard to take it back. Many companies or public figures have had this problem before and it’s difficult to make people forget about it. A lot of these times those who publish things online don’t even mean to harm anyone, it’s just a matter of being aware.

I really have no idea why they thought this leaked photo scandal situation would help the company. Even though celebrities are public figures and are meant to already be used to scandals, many people don’t see it this way.

I guess we’ll have to see what Spirit Airlines does in the future. The way things are looking it seems they will loose a lot of clients just for their wrong decision. So next time you post something, think twice about what you’re about to share to the world. 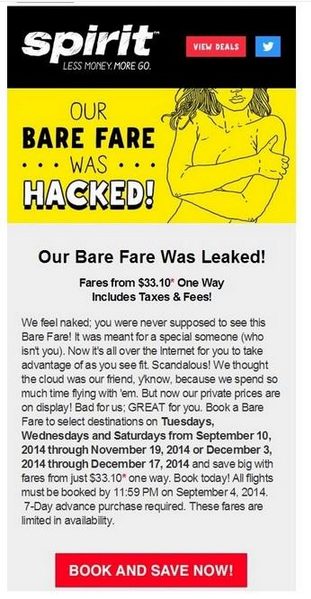