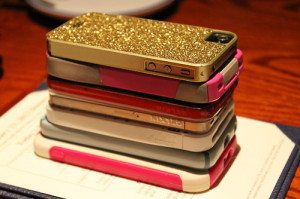 With all the hype going on about the new iPhone, new software updates, and this, that and the other thing, I feel like I talk more about technology than an engineer major. This obsession with cellphones has taken the world by storm regardless of your generation.

Commercials show every generation interacting with each other by talking on the phone, texting and Skyping. Let’s be real. We see more people looking down at their screens with their thumbs going wild formulating texts and emails than people walking side by side communicating verbally without being on their phones. Even statistics show the people 65+ years old are one third as likely to use the same technology as the younger generations.

Smartphones are continuously bombarding our lives and eroding our personal lives. Statistically over 40% of people check their phones every 30 minutes. Luckily some people are finally saying enough is enough and leaving their devices at the door when entering their humble abode or entering a social setting. 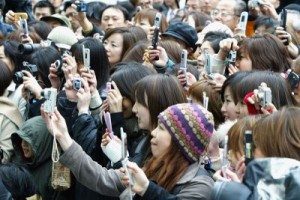 It seems like personal relationships are slowly deteriorating everywhere I look. I can almost guarantee every time I go to a restaurant that I can look around and see at least two different couples on a date and both are on their phones not verbally talking or looking at each other. Maybe they are texting each other, who really knows but if that is how the whole dinner is going to go then they should’ve just stayed home and enjoyed a Lean Crusine together with the clicking of buttons playing in the background.

Public figures like Marc Jacobs sets a prime example by not allowing any technology in his room, since he considers it his place of solitude that allows him to detach from the world. There needs to be that moment of the day where all the vibrating, beeping, and flashing lights stop so you can breathe.

Luckily, games like the phone stack game has caught on as people at dinner parties stack their phones on the table and whoever picks up their phone first has to cover the check. Eating it considered a sacred time to socialize with one another face-to-face. Cellphone overusers are missing the world around them because their noses are facing their screens more often than not. People decades ago functioned just fine without Instagram, Facebook and Snapchat and so can we.

2 thoughts on “Put The Phone Down”