Advertising and marketing is inherently risky particularly when humor is used to move products but social media creates additional problems in this area because of its nature.  One of the fantastic benefits of social media is the potential for information to spread even more quickly than traditional media outlets are able to put together and disseminate information.  Companies and government officials have also faced unintended consequences of social media and discovered in recent years the impossibility of “getting back” any information that has been put out there electronically.  Even when a company or person deletes a YouTube video, meme or tweet in an attempt to stem controversy, someone has generally downloaded or snapped a screen shot of the information and retains “proof” of the problem.  The power of social media disproves the adage that any publicity is good publicity as Paula Deen, the men of Duck Dynasty and numerous others can attest.

Paula Deen has been bitten by social media and suffered significant consequences twice in recent years.  In 2012 a blooper video became available on the Internet featuring many outtakes featuring Deen cussing and engaging in other behavior that is not endearing to conservative fans (Paula Deen Outtakes 2012).  Video accompanies the Huffington Post article.  http://www.huffingtonpost.com/2012/09/24/paula-deen-cursing-blooper-outtakes_n_1909159.html.  Deen additionally had difficulties related to litigation alleging racial discrimination and other behavior that countered her down home good Southern woman persona.  In and of itself the court case against the Deen family would not have been that damaging but when people discovered the content of the litigation it spread like wildfire on social media and led to a call from the general public to remove Deen’s show from the network.  Other fans rallied to Deen’s defense suggesting that the public lynching was undeserved (Lestch 2013).

For Deen, video and damning comments were posted all over Facebook and Twitter during the controversy.  In other instances when social media comes into play, negative consequences are wholly unanticipated.  One of the ways that social media has taken on a life of its own is related to highly emotional situations like an individual’s death.  Facebook has become an integral component of modern grieving as people are able to comfort each other and use pages of deceased relatives and friends as the electronic equivalent to visiting a grave.  Social can also exacerbate the negatives of the ability to send information ricocheting all over the Internet and wireless communication vehicles.  Robin Williams’ death affected nearly anyone familiar with his work as people were saddened by the loss of someone who gave so many moments of joy and cared about other people.  Williams committed suicide, however, and this creates the potential for additional problems as suicide often triggers other suicide attempts.  The Academy of Motion Picture Arts and Sciences, in honoring Williams with this picture, quickly discovered that its gesture was actually potentially dangerous.

Under the photo, the caption read “Genie, you’re free.” (Dewey 2014).  Certainly those finding fault with the Academy’s tweet are over-reacting, as people loved Williams’ in the above role but the realities of social media illustrate how very dangerous this particular tweet could have been.  “More than 270,000 people have shared the tweet, which means that, per the analytics site Topsy, as many as 69 million people have seen it.” (Dewey 2014)  And the problem with 69 million people seeing that tweet is related to how people should discuss suicide.  http://www.washingtonpost.com/news/the-intersect/wp/2014/08/12/suicide-contagion-and-social-media-the-dangers-of-sharing-genie-youre-free/  Those trying to prevent people from taking their lives operate under the public health standard of never making a statement that implies or outright says that suicide is okay.  Intellectually most non-suicidal adults understand the message.  Williams was a tortured soul and is now free of that pain but this type of statement is dangerous specifically because suicide contagion is a real threat to public health.  It is not unusual for several people to commit suicide when a friend or relative commits suicide.  That is why most schools in the United States provide counseling to students to ensure that no other children commit suicide when a friend or acquaintance has killed himself.

Once the information is out there, it cannot be retrieved.  Once information is out there, it is impossible to control how that information will be interpreted and whether the free publicity provided by social media will be of benefit or detriment to parties involved.  A company’s best defense against the potential downside of social media is, even more so than in the past, to try to determine all possible ways that something can be interpreted and to have a strategy in place to deal with backlash if it occurs. 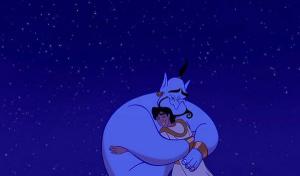