“Passenger Shaming” is a social media campaign founded by a former flight attendant, to humiliate (anonymously) disrespectful (and frankly, disgusting) airline passengers. This campaign captures everything from smelly feet across another passenger to peeing in the airplane bathroom sink. Yes, the sink. Also, hands in places they shouldn’t be.

The flight attendant, Shawn Kathleen, originally founded a blog, “Rants of a Sassy Stew.” The blog grew quite successful and eventually evolved into “Passenger Shaming” as a campaign on Instagram and Facebook to reveal the horrible truths about how people truly behave when flying and believe it, the accumulation of photos has gone viral.

Shawn Kathleen wishes to keep her last name and the name of her former airline private. This campaign is all in good fun and she admits that majority of passengers act appropriately on board. However, once in a while comes along an outrageous passenger. Feet in the air is one thing; one wouldn’t believe some of the behavior these images capture. Here’s a glimpse of what people are witnessing and submitting: 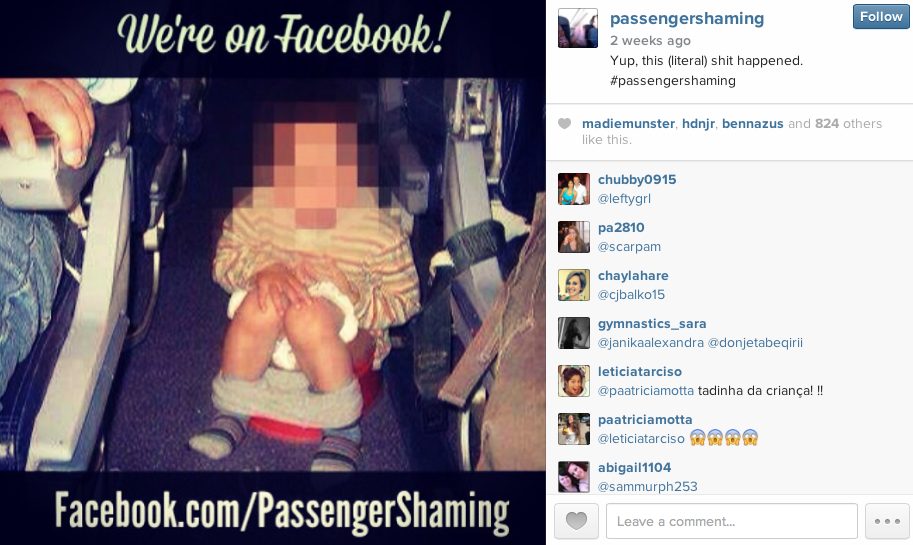 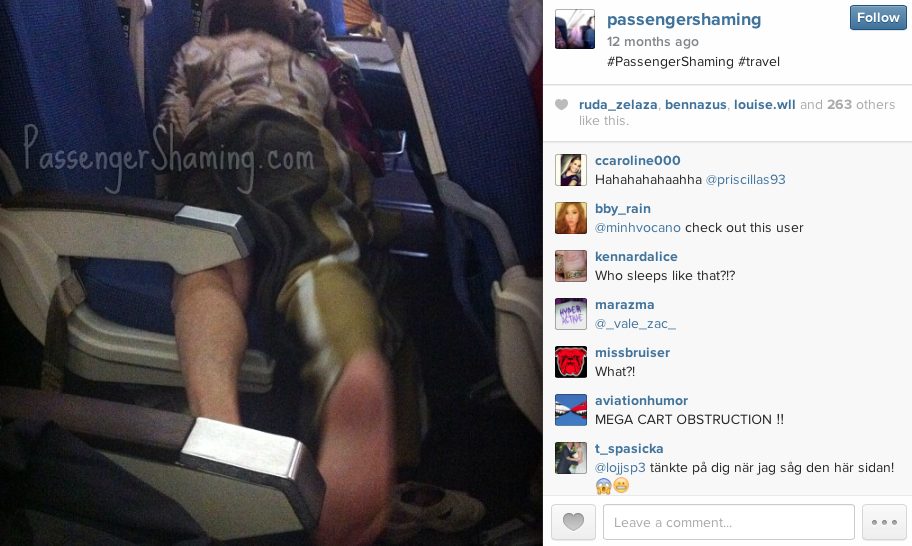 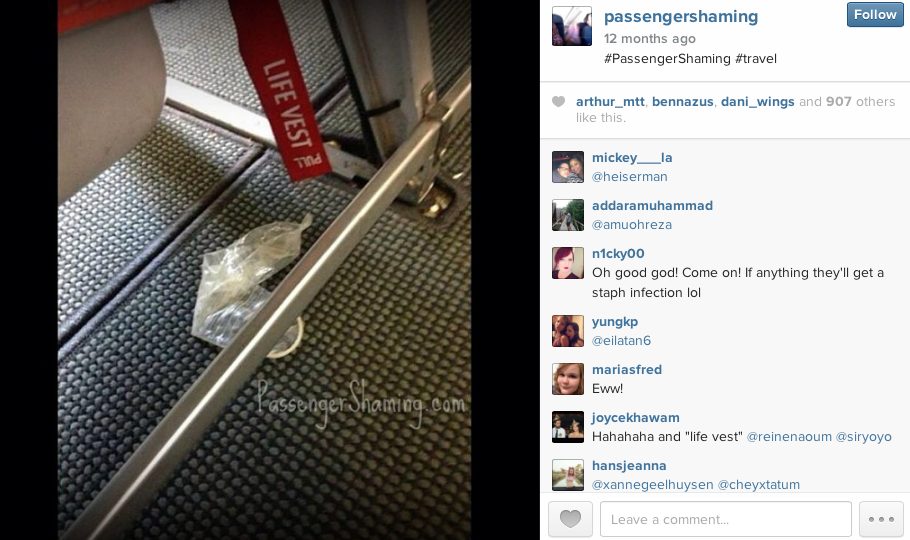 Shawn Kathleen admits, “At the beginning I started trying to come up with witty captions but the pictures really speak for themselves,” she says. “My favorites are the ones where people are trying to defend their behavior. And the bare feet just kills me. I get chest pains when I see it.”