You can check out Twitter’s very own moment here that explains the new tool. Essentially Moments allow users to curate their own collection to showcase a “moment” in time. This collection can include tweets, GIFs, Vines, images, and videos.

Twitter Moments actually are very user friendly. I think the best way to understand them is to go play with them yourself. Let’s say you wanted to create a Moment to reflect the Presidential Debate. You could curate trending tweets, images, a funny gif, and integrate a video into one Moment. After curating your perfect Twitter Moment you can tweet it out to the world or set it as your cover photo. 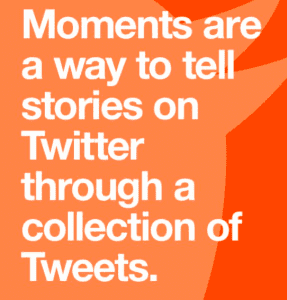 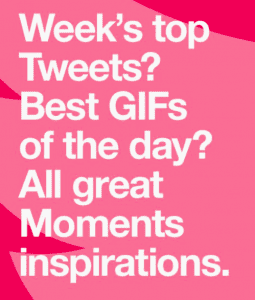 This is a beg step in the right direction for Twitter. Recently there have been acquisition rumors and this new feature puts Twitter back in the social landscape as an innovator. Moments promise a new era for Twitter. Hopefully this new story telling feature will get users more excited about using Twitter. Now, we just have to wait and see if this nifty new feature is enough to get Twitter back on track to compete with Snapchat and Instagram.