Apple’s newest software update for iPhones and iPads, iOS 7, is all the rage so far. It’s proven contagious, as 35% of Apple’s user updated from iOS6 within 24 hours of its introduction. Its sleek design and new look is visually appealing, but unique complaints have been rolling in – is the new operating system making people sick?

Several users are reporting that the new look is inducing motion sickness and in some cases, vertigo. When switching between applications, there is a zoom in and zoom out affect. Additionally, the icons appear to be “3-D” on the screen, an illusion known as a parallax effect. Some users are even complaining about the sharpness of the graphics. 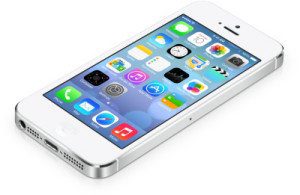 Users are unable to go back to the comfort of iOS 6, but there is a way to reduce some of the motion. Go to Settings > General > Accessibility and select Reduce Motion. While the fix is only slightly noticeable, some users are reporting a decrease in sickness.

Apple is a company that usually sticks to its guns, so it will be interesting to see if future updates of the operating system allow users to completely disable the zoom and parallax effects.

Do any of you feel sick after using your iOS 7 devices for extended periods of time?

2 thoughts on “iOS 7: The Unexpected Rollercoaster?”