Have you ever desired a cup of coffee but were just far too lazy to get out of bed and make it? Well, you may just be in luck, thanks to Bruvelo. Bruvelo is a new smart, wifi connected app that will brew your coffee with the touch of your finger. Yes, you read that correctly, an app that will make your coffee while you are laying in bed!

The Bruvelo app contains “three built in flavor profiles” including Delicate, Balanced and Robust, according to Kickstar. From the temperature to the type of roast, the app offers the ability to completely personalize the way someone likes their coffee. 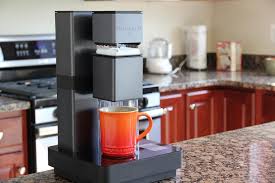 Dustin, last name not specified, the founder of Bruvelo, mustered up the idea after his old drip coffee maker broke and then found he was unable to find any other coffee maker that worked as well brewing coffee by hand. He was determined to create a coffee device that implemented convenience, customization, and completely delicious tasting coffee; all with the touch of a few buttons. After 18 months of experimentation, tests, and trail and error, Dustin was able to create the first model of his dream coffee maker.The settings of Bruvelo include filtering water, weight, grinding beans, dispensing the perfect amount of ground 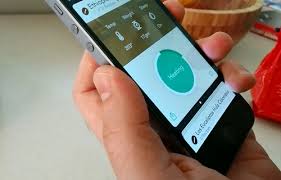 coffee beans and water, maintaining a temperature of up to 199 degrees Fahrenheit, and using coffee beans of your choice. The ability to connect to wifi is the only thing required– the coffee machine will do the rest. According to Kickstar, “Bruvelo averages between 1.15-1.55 [on the coffee brewing control chart] depending on the beans and your Flavor Profile setting or Recipe.” Meaning, this new coffee devise brews amazing and delicious coffee that is unmatched by other brewed coffee machines. Some brewers do not make the chart, which suggests that the rating for Bruvelo is pretty high.

Bruvelo plans to launch by June 2015, contingent on reaching the campaign goal of $150,000. Individuals are required to front the money today with the early bird price of $300. If Bruvelo successfully racks up their goal, Bruvelo may become the newest hot commodity that you won’t want to miss out on!