Every year members of the public aspire to create the coolest, socially poignant, or sexiest costume. This year, we saw a rise in the people putting on blackface for Halloween.

Why Blackface for Halloween?

It is definitely a touchy subject when people chose to imitate the color of another’s skin. Yet, how many times have we seen people dress up as an Oompa Loompa or the Hulk, and alter the color of their skin for kicks and giggles. As soon as someone goes blackface for Halloween, all hell breaks loose.

This year especially we have seen many controversial costumes. Recently the Internet has been buzzing with a young man’s attempt to put on blackface for Halloween and dress up as Trayvon Martin. Not only was this case a heated issue for many communities, there was much hurt online demonstrated at this young man’s attempt to gain a few likes on social media. 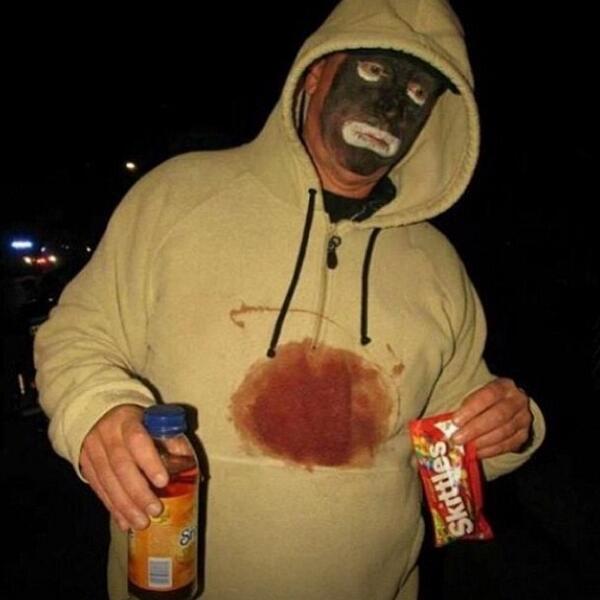 So what is the appeal of going blackface for Halloween? Perhaps individuals want to do something bold and daring to share with their friends. Maybe the appeal of asserting racial privilege in a controversial way serves as some form of ego boost.

Perhaps social media has a little to do with it, for all content we put on media sites has the potential to go viral. This can indeed be very dangerous. So instead of a small group of friends having the visibility to see your choices for Halloween, millions of people could view your choices as well. This also means that we can use social media as a tool to draw attention to ourselves and share with the public what we think is cool and funny.

A Brief History of Blackface

However, imitating a racially charged and sensitive historical moment is not funny. Blackface initially started in the late 1820s when white male actors stereotyped black people for comical purposes.

These plays were also known as Jim Crow performances and were used as a tool to educate white people on the dangerous tendencies of black people to garner support for these laws.

When people choose to put on blackface for Halloween, this outrages many racial communities because of the hate in which the blackface tradition started.

Halloween is a time to dress up in a costume or identity that isn’t your own. Many have challenged racial stereotypes because Halloween permits a freedom of physical expression that is rare during every other day of the year. Many rationalize that blackface is appropriate only in this instance because it allows people to portray something that they are not.

Race, however, is such a heated issue that any efforts to put on blackface for Halloween are seen as malicious due to its historical meaning. It is always important to consider the impact of our actions because actions speak much louder than words.

1 thought on “The Appeal of Putting on Blackface For Halloween”