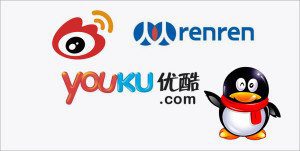 China is a civilization that has been around for thousands of years. When communism took over many people rebelled without success. Among one of the past events to eliminate communism in China was the Tienanmen Square incident. This event would have been a success in overthrowing communism in China had the People’s Army refused to obey Deng Xiaoping’s order to use lethal force to disperse the demonstrators. Even after this incident China still continues to battle against all those who challenge the communist system. The next war they face is the digital age of social media. The power social media sites have not only made the government declare war on them, it also declared them the ‘New Digital Tienanmen Square threat’.

So what was the first move they made you may ask? Eliminate the enemy of course..

The best among  Social Media Sites

Let’s first begin with Facebook. We all know that it is a very powerful tool because it can change ideologies and show great opposition towards any government. The problem is that it’s the people controlling the message and not China. A simple incident posted, such as a protest or illegal activity, has the power to show the negatively of any government online. China does not like this. As a result, Facebook is permanently banned in China. The replacement it was given is known as ‘Ren Ren’. This Ren Ren website is controlled and monitored 24/7 by the Chinese regime. Technically it’s just a dubbed version of the regular Facebook, only that this one has the bonus monitoring features to control you’re people. Since China cannot control Facebook, Ren Ren has ever since become its replacement. As a result, any content posted on Ren Ren that shows any opposition to the government can now be instantly terminated without any questions, and don’t even think of trying to post it again unless you want to end up in a Chinese prison. 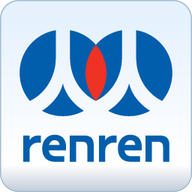 The next threat to the regime is YouTube. You may ask why? Well the Chinese regime does not really like it when someone’s uploading videos of protest, violence, torture, corruption and political opposition going on in the county. This would make China look really bad. Let me give you a quick example, remember Tienanmen Square? Well this past event and many others have been officially erased from the educational videos and the history books of China thus leaving the internet the only other place to look for such a video of a tragedy like this. The best solution then is YouTube, problem is that if people have access to this it could aggravate the people of China and spark a lot of political opposition and many protest.

Let me give you another example, imagine a protest that grew so powerful it kicked out all the political officials and its police forces from its village. Well, it just so happens that a village known as ‘Wukan’ took a stand and did just this. It was known as one of the few  standoff’s that took place against the local and federal government officials for the murder of a fellow villager by a communist police officer. Now just imagine if the people in a village had the power to do this, one can only think of the possibilities of this happening in all of China.

My point is this, if people could actually see this content in a video, while it’s actually occurring, then people all over the China would go to that exact spot and create an even bigger problem for the regime. It would work.  So what’s the solution for China you may ask? Well China invented YouKu. Which just so happens to be exact same thing as YouTube, but with the censor bonus package. 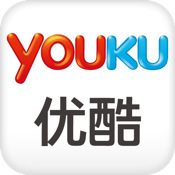 Furthermore, lets talk a little about Twitter. Is it permitted in China?  No

In essence, any type of foreign social media in China is either blocked or completely censored. Weibo, which is known as the Twitter of China, is the most heavily targeted social media site by the regime. The reason for this is because it works like just like Twitter and delivers messages at a very rapid pace. It is the most popular among the people, but it is also the most popular to put people behind bars [Federal Prisons] .

So now the question is this, is there any solution to get truthful information from any social media site in China?

The answer is yes, but only from Facebook, Twitter, and YouTube. Wait all of them are completely blocked right? Yes, but the intelligent people in China have had multiple ways to access them. The best way is by using a proxy or a special app designed to take you [you being your IP address] back to a good old American server. By doing this, your laptop or cell device thinks its in the United States and not in China. However, every so often they are terminated and you have to wait a long time to gain access again. Have in mind that this does not solve the problem of obtaining truthful information. It is still difficult to access the links, mainly because people have fear and only a few actually even know about it. These problems make it extremely difficult to spark any big protest or event against the regime.

The main goal of the government in doing this is to prevent people from challenging the party rule. They want to have complete control of the media and filter out anything they feel is a threat to the communist party. Google for instance became one of the biggest threats ever made to China. Google was being forced by China law to filter all of its information which may pose a political problem to the china party. 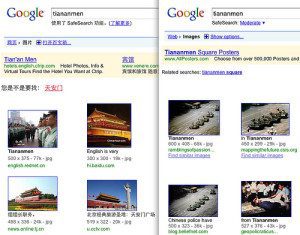 Instead Google decide to declare internet freedom stating that “internet freedom is an explicit goal of American Foreign Policy.” [Shirk 3] This not only aggravated the communist party but it also forced Google to either leave or obey China law. Google did attempt to fight back, but the communist government lied to all of its people and spread out a fake rumor that Google is against the communist party and has the intention of breaking it apart. This lie ended Google up to operate in a Hong Kong facility in which now the China government controls everything that goes in and out. In essence, Google is in a prison in Hong Kong serving a life-sentence.

In conclusion, China has its own social media sites controlled by it’s government to protect itself from any threat.

1 thought on “Social Media sites – are they allowed in China?”