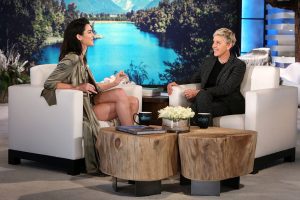 It is becoming a trend to delete social media accounts. This week Kendall Jenner surprised her nearly 70 million Instagram followers when she deleted her account without notice. Jenner is not alone. She follows other celebrities like Justin Bieber and Demi Lovato (Seventeen). With the rise in social media cleanses, it begs the question: why?

Reading the news and keeping up with with friends are just two reasons to love social media. But is it taking over users minds? Constant comparison can lead to depression.

According to a study done at the University of Pittsburgh, the more time users spend on social media, the more likely that user is to be depressed. “Because social media has become such an integrated component of human interaction, it is important for clinicians interacting with young adults to recognize the balance to be struck in encouraging potential positive use, while redirecting from problematic use,” said Dr. Brian A. Primack (Forbes).

So, if social media is causing depression in celebrities and mortals alike, why don’t we all go on a social media cleanse?

How to social media cleanse:

If commitment is hard, don’t delete the account. Just delete the social media app. This will prevent a user from checking social media throughout the day. At the very least, a user will not depend on social media when in the waiting room etc. This is a great start to a social media cleanse.

Step 3: Commit to the Cleanse

If possible, delete as many accounts as possible. A user should give him or herself a break from the social world. With commitment in mind, set a time limit. One day, one week, one month or one year- anything will be a healthy cleanse.