Can you imagine a day when your credit card might become obsolete? Well, Apple is looking into making that happen. According to a number of sources, the tech giant is trying to turn your iPhone into a virtual wallet, making our lives even simpler.

Apple opened the door to virtual payment speculation after the launch of the latest iPhone 5s last September with the built-in fingerprint scanner called Touch ID. Although now used to unlock the handset and confirm identity as well as to validate purchases in the App Store. Researchers say that is just the beginning. 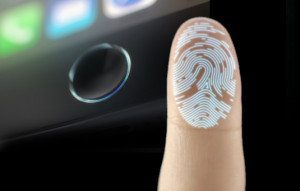 Soon, your finger print may be able to do more than unlock your iPhone

According to the tech site Re/code, Apple is interviewing senior payments industry executives to begin building a full payment system through their iPhone. The real trick Apple will have to master is a way for customers to go into stores and pay for items with their iPhones using their iTunes account details. Since every iPhone owner already has their credit card information saved for iTunes, this would create a cohesive mobile payment system.

According to sources, Apple is very serious about this ambition. Making our phones mobile payment devices would catapult Apple into a whole new sphere of tech devices. Once again, other companies would be sprinting to catch up. I have a feeling that if Apple wants it, they are going to find a revolutionary way to make it happen.