From bulky TV’s, flats screens, HD, LED, LCD and more, American society has embraced the idea of television in its entirety.  With an average of 3 TV sets per home, it’s easy to say that we all love our cable television.  But with a constantly improving technological world along with internet-crazed generations, cable companies are nervous that they will become obsolete in the years to come.  But, would you ditch the classic setup and settle for your computer screen if it meant the end of cable television?

Consumers that switch from cable television to downloadable online content are considered “cord cutters,” according to PSFK.  To these customers, watching content online via the television’s website and outlets like Netflix, Amazon.com, and Hulu are more suitable and valuable for their everyday lifestyles.  But the most recent competitor to the industry, HBO GO, has changed everything.

Cable company Time Warner owns HBO, which with a valued subscription, consumers can stream HBO online with the HBO GO package.  HBO not only offers television programs, but movies, which captures its niche customers with its variety.  At a recent Goldman Sachs conference this past week, Time Warner Cable revealed some news that could possibly create the end of cable television. 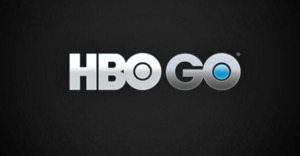 According to the Guardian, Chief Executive Jeff Bewkes hinted at the idea of HBO splitting off into its own entity.  What this means is that everyone’s favorite shows and movies will all be in one place: online.  To say that companies like AT&T, Comcast, and Verizon are worried for the future would be an understatement.  HBO could then package everything from home internet to phone service in one bundle along with entertainment.

The Huffington Post reported that Bewkes thinks this option is “becoming more viable, more interesting.” For companies like Time Warner Cable, yes, this is an option worth looking into.  But for companies that haven’t yet switched over to digital media, have they missed their opportunity? This adjustment will not only affect that industry, but ones that work with it, like public relations.  One would have to be ignorant if they didn’t see the end of cable television coming, but is the entertainment industry ready for it?

For more information, check out this article published on PSFK.