It would not surprise anyone to know that the topic of guns is controversial. In recent years there has been discussions about the safety and danger of gun use. However, the topic of gun safety was brought to the forefront on December 14, 2012 when 20-year-old Adam Lanza shot and killed 20 children and six adults at Sandy Hook Elementary School. On that devastating day, our world stood still. This horrific event exposed and emphasized a lot of the issues with gun use and safety. This especially rang true because Lanza had actually taken his mother’s gun to go on this shooting rampage. 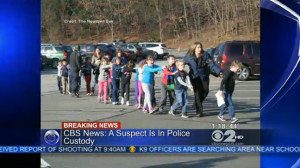 News coverage on December 14, 2012 when 26 innocent children and adults were shot and killed at Sandy Hook Elementary School

Carmen Lobis, a grandfather to one of the victims of Sandy Hook, has set out to make guns safer. Lobis wants to memorialize the tragic death of his grandson and hopes that with his efforts other families won’t have to face this kind of tragedy. Lobis is campaigning and raising money to launch his answer to safer guns, called Protector XT. He is creating a biometric locking station for firearms, meaning the gun would be locked away in a carrier and only the owner’s fingerprint could unlock the gun. 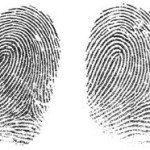 Biometrics is nothing new to the technology scene. Extensive research has gone into biometrics for security systems. However, this is seems to be the first big push for biometrics involved with gun control. Applying biometrics into the safety systems of guns ensures that guns remain in the hands of their owner. 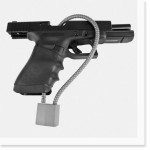 Biometrics could have been the difference between putting a gun in Lanza’s hand and saving 26 lives. Of course, this is a hypothetical situation, however it is one worth thinking about. One may argue that this was an extreme situation; yet there are day-to-day events that this biometric system could save. According to Nationwide Children’s, 1,500 children die from firearm accidents a year. Implementing the biometrics of Protector XT could dramatically decrease this number, as firearms would remain safely out of the arms of children. Biometrics may just be the answer to some of the issues regarding gun safety. Even if biometrics save just one life then it is well worth the money, time, and energy spent.