According to Pew Research, 59% of Americans agree with the statement, “Online dating is a good way to meet people.” In the online dating world, two of the biggest companies are Tinder and Bumble. However, this past week Tinder’s parent company filed a lawsuit against Bumble for patent infringement. Here is everything to know about this highly talked about case: 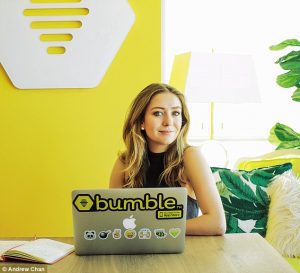 This is not the first time Tinder and Bumble have been at odds. Bumble CEO, Whitney Wolfe, co-founded Tinder. However, in 2014, Wolfe left Tinder on poor terms. Later that year, Wolfe sued Tinder for “sexual harassment”. Tinder Co-Founder, Justin Matin allegedly called Wolfe a “whore”. Matin also said, “…having a female co-founder makes the company seem like a joke.”  Wolfe won a hefty settlement, estimated to be around one million dollars.

Last summer, Match Group attempted to purchase Bumble. Match Group offered to pay $450 million; however, Bumble still turned them down. Match Group is still interested in purchasing Bumble. People are speculating if this law suite is a tactic to force Bumble into selling.

What is Tinder suing Bumble for?

This past Tuesday, Bumble took out a full page ad in the New York Times.  The ad states, “We swipe left on your attempted scare tactics, and on these endless games. We swipe left on your assumption that a baseless lawsuit would intimidate us. Given your enduring interest in our company, we expected you to know us a bit better by now.”

There are still a number of questions about what is to come with this law suite and company rivalry. Only time will tell.