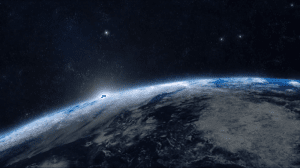 Space has always been a fascinating subject whether you’re 5-years-old dreaming of becoming an astronaut or 85-years-old and retired; it has always continued to shock us time and time again. How do we find out information in our galaxy? We send expensive satellites and other cool gadgets up into space! But as the says goes, “What goes up must come down.”

The European satellite, “The Ferrari of Space,” that has been mapping the Earth’s gravity is scheduled to descend in October due to lack of fuel. However, this descent has stirred up many concerns dealing with where and how it will land. Scientists don’t want to guess where and how the satellite will land, when answering the publics’ questions. Instead they tell people that they will be able to accurately narrow it down once the satellite is about to re-enter.

After finding out that about 40 metric tons of human produced space matter showers Earth every year helped put things in perspective when it came to thinking about the potential danger of the satellite even coming close to causing a catastrophe.

Instead of running around like chickens with their heads cut off, we should give these highly intelligent scientists the benefit of the doubt since they were the ones who created this $450 million gravity-mapping satellite. Don’t you think they would have mapped out every inch of this “Ferrari of Space?” To answer that question, the answer is yes. They made sure that the satellite’s design was aerodynamic to help counteract the drag of atmospheric matter around the Earth.

To also help ease any other worries, most of this highly effective satellite is supposed to disintegrate within Earth’s atmosphere. However, if there are any remaining pieces re-entering Earth the scientists will be able to predict where they are supposed to hit. So don’t be worried about being hit by satellite particles, ESA scientists have everything under control.