Data analytics is a big topic in communications lately. Tracking customer sentiment and industry trends allows communication teams to make solid decisions based on data. The problem is that not all executives and leadership management see the value in dedicating labor to data analytics. Big players like Forbes and Harvard Business say this is a major mistake. They say that data analytics lead to success by not only solving problems, but by preventing them before the problems occur. END_OF_DOCUMENT_TOKEN_TO_BE_REPLACED

Her husband refers to the leader of North Korea as “Rocket Man,” calls Hilary Clinton “crooked Hilary,” and belittles and demeans people through Twitter. Her goal is to end cyberbullying. First Lady Melania Trump announced she would focus her attention on the issue of cyberbullying during the presidential campaign. Since Donald Trump’s election she gave a speech at a U.N. luncheon and traveled to a couple of middle schools to talk to children about bullying; it is believed that she has not yet formulated a defined program for ending cyberbullying. Given the recent comments made by a Parkland High School shooting survivor, it was time to take a look at what First Lady Melania Trump has done for the complex issue of cyberbullying and determine if she will ever actually be effective at change, assuming she is unwilling to smash her husband’s phone. END_OF_DOCUMENT_TOKEN_TO_BE_REPLACED

The Dallas Fort Worth area has a lot to offer. The food scene is top notch, the nightlife is unparalleled, the museums are impressive and business is booming. When compared to cities such as Austin, Houston or New Orleans it is easy to see why so many people choose to live in Dallas. However, there still seems to be something missing for an SMU senior with a big plan. This plan, if all goes smoothly, could mean a DFW music festival. END_OF_DOCUMENT_TOKEN_TO_BE_REPLACED

As technology evolves, more and more people are cutting the cords on cable and satellite in favor of streaming services. When was the last time someone asked you to “Comcast and chill?” A recent survey from GfK found that 30% of US Millennials don’t use cable or satellite. 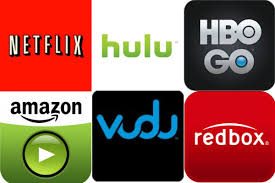 Competition among streaming services increases as more companies launch their own versions. Until today, consumers believed that one company was stepping up their game. That changed with the announcement that Amazon cancelled its rumored live TV streaming service. END_OF_DOCUMENT_TOKEN_TO_BE_REPLACED

Pinterest has always been a social media tool for entertainment, but now Pinterest is joining corporate America through a new tool on Target’s app and website. Today, Target announced that the company would be adding a new feature to their app and website. Customers can take a photograph of any products and find similar products at Target. In the past, Pinterest has been used by individuals to become inspired. For a long time, one of the most appealing aspects of the site was that it was not tied to the advertising and consumerism that has taken over other social media platforms. While some users might find this new point and click to buy option alluring, it may be a turn-off for many others who have valued Pinterest for its emphasis on inspiration and do it yourself.
END_OF_DOCUMENT_TOKEN_TO_BE_REPLACED

S-Town, a new true-crime podcast, could create a new phenomenon: podcast binge listening.  The podcast comes from the creators of Serial, the smash hit that put podcasting on the map. S-Town dropped last week in its entirety.  Traditionally, podcasts are released weekly, one episode at a time.

END_OF_DOCUMENT_TOKEN_TO_BE_REPLACED

This week, a Facebook trending update was released to improve the scope and quality of news on the site. Facebook introduced the update in response to the fake news stories that previously trended on the site. 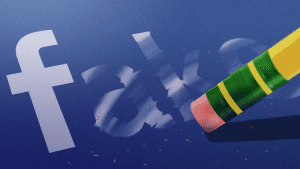 Facebook Trending, a module on the News Feed, is one of the most controversial topics surrounding the social networking site. Gizmodo, a political site, was the first to accuse Facebook of sharing fake news. The site published an article in which former Facebook publishers stated that they downplayed conservative media sources when choosing which stories to trend.

END_OF_DOCUMENT_TOKEN_TO_BE_REPLACED

The average human attention span is roughly 8 seconds, according to a New York Times Source, so it seems logical that the mobile applications that have concise, bite-sized content are most popular. Two perfect examples are Snapchat and Instagram that both have content short enough to keep the users engaged and coming back for more. It would make sense, then, that news apps with short content would be preferred methods of consuming news, however a recent Pew Research study draws other conclusions. Pew Research discovered that long-form journalism will not go extinct despite society’s obsession with digital technology. Longer articles attract an equal number of mobile visitors as shorter news articles do, demonstrating that bite-sized news does not trump full-length articles. With that being said, Pew Research also reported that only 22 percent of Americans trust social media as an accurate news source.

Pew Research’s study is in line with a recent article by Business Insider that points to headlines involving Facebook’s fake news and how “messy” the digital world is. Situations like Facebook’s create additional trust issues among users who question the accuracy of the news they read. A very interesting statista chart included in the Business Insider article shows the percent of Americans who trust each news source. The data depicted in the chart should be a slight relief for print newspapers and broadcast TV who don’t have to be too threatened by social media entering their news landscape due to the fact that 59 percent of Americans trust broadcast tv over 15 percent who trust social media. 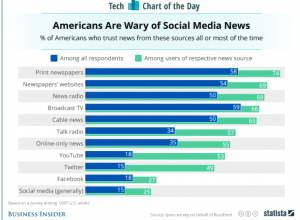 So even though we have shorter attention spans than goldfish (New York Times), we still prefer full-length articles from credible sources like news apps over finding news on our social media apps. This information is meaningful to almost anyone in the business world because of digital media’s relevancy in all facets of business. The knowledge that full-length articles and apps other than social media are preferred methods of getting news should influence  how businesses establish themselves in the digital space.

Kate Moss once said, “Nothing tastes as good as skinny feels.” This quote was one of the most popular memes of 2016. Young girls and women alike have posted and retweeted this as “fitness” inspiration. Unfortunately, this quote is not the only form of unwarranted, unhealthy physical propaganda; especially within the social media sphere. END_OF_DOCUMENT_TOKEN_TO_BE_REPLACED 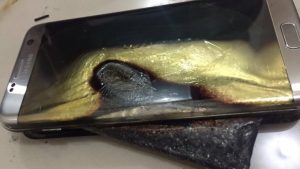 END_OF_DOCUMENT_TOKEN_TO_BE_REPLACED

al marketing is an absolute must. Luckily for all digital and social media platforms, this is no big secret to brands. Unfortunately for brands, finding a way to stand out in the digital and social sphere is hard. No matter the size of the company, whether you’re Nike or a Dallas local doughnut shop, these online media platforms have paved the way for affordable marketing. It has become so easy to reach more people than ever. Specifically, millennials.

END_OF_DOCUMENT_TOKEN_TO_BE_REPLACED

Yes. The rumors are true. According to Evan Spiegel, Snapchat’s beloved CEO, Snap 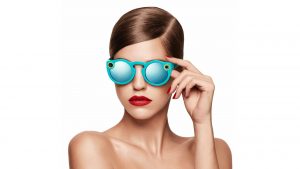 chat has revealed its Snap Spectacles. The spectacles will be released in the fall of 2016 in three blooming colors: black, teal or coral. These snazzy new sunglasses aren’t just cool because of their futuristic design. Oh no. These spectacles take videotaping to a whole new level. END_OF_DOCUMENT_TOKEN_TO_BE_REPLACED

Should Twitter accept a buyout? News outlets speculated that Twitter will soon receive bids for a buyout from Google and Salesforce following recent slow growth users and sales. After news got out about a possible sale, stock climbed 22 percent. END_OF_DOCUMENT_TOKEN_TO_BE_REPLACED

Although advertising and public relations both fall on the same side of clients’ balance sheets as staff functions, they have lived in separate offices for many years. Each of them produces media; however, they usually differ.

Is the new food delivery app UberEats the answer to our prayers?

First, Uber drove you around. Next, Uber brought you puppies. Now, Uber is bringing you food. Through the new stand-alone food delivery app UberEats, the popular ride-sharing app will now deliver food around the clock. END_OF_DOCUMENT_TOKEN_TO_BE_REPLACED

END_OF_DOCUMENT_TOKEN_TO_BE_REPLACED

In need of a break during your long work day? Uber is here for you. At the touch of a button, people were able to receive puppy love in various cities as a pre-Valentine’s Day treat last week. The ride-sharing service teamed up with various animal shelters to melt your hearts just in time for Valentine’s Day. 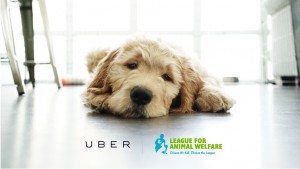 END_OF_DOCUMENT_TOKEN_TO_BE_REPLACED

Introducing Vogue Runway- Your digital invitation to the runway this season:

END_OF_DOCUMENT_TOKEN_TO_BE_REPLACED

Whether you’ve been on the app for years or you’re a Snapchat newbie, here are some cool and simple new Snapchat features to help you step up your Snapchat game and become snap savvy

END_OF_DOCUMENT_TOKEN_TO_BE_REPLACED

Mark Zuckerberg, the co-founder and chief executive of Facebook, vowed last Tuesday that he and his family would donate 99 percent of their Facebook shares to charitable purposes. According to the New York Times, the donation is worth $45 billion and will be worth even more if Facebook continues to grow.  END_OF_DOCUMENT_TOKEN_TO_BE_REPLACED