Failing ESPN continues to tank as anchor, Jemele Hill, keeps her job in the midst of a Twitter scandal. Why is Hill’s job in question? The tweet, which has since been removed, claimed that President Donald Trump was a, “white supremacist,” and that his cabinet (which features a black man, an Indian woman, an Asian woman, and multiple Jewish people) was, “largely…white supremacists.” END_OF_DOCUMENT_TOKEN_TO_BE_REPLACED

The NBA has followed the NFL’s lead yet again this week. The trolling that has entertained basketball fans and social media followers for the past few years is coming to an end as the NBA issues social media guidelines restricting what teams can say (whether in jest or in seriousness) on their social media platforms. But the real problem is, why do these professional leagues want to ruin the fun for the fans? END_OF_DOCUMENT_TOKEN_TO_BE_REPLACED 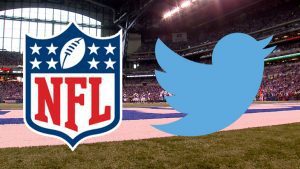 The second weekend of September marked the beginning of the professional football season. This season, the National Football League and Twitter have partnered to offer a NFL Twitter live stream during Thursday night games.

END_OF_DOCUMENT_TOKEN_TO_BE_REPLACED 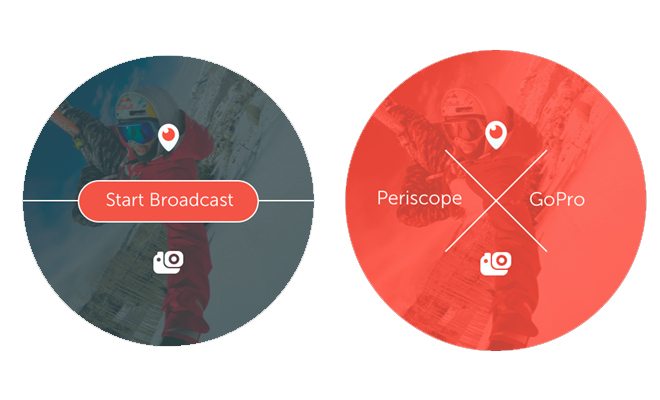 END_OF_DOCUMENT_TOKEN_TO_BE_REPLACED

Back in the day, before the emersion of social media, Super Bowl Sunday was the biggest day for football fans. Friends and family gathered to enjoy the football game, as well as the entertaining commercials. Today, much more plays into the Super Bowl than just football and fun commercial breaks. Social media has stepped in to improve people’s Super Bowl experience and to promote brands. 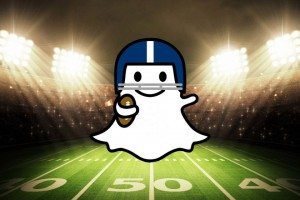 END_OF_DOCUMENT_TOKEN_TO_BE_REPLACED

The golden rule states, “treat others the way you would like to be treated.”

However, on Thursday ESPN was quick to suspend reporter Britt McHenry after her angry outburst to a towing company worker–a viral video seen by millions on the internet. 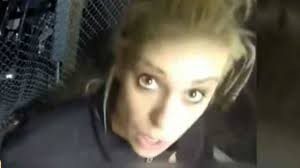 END_OF_DOCUMENT_TOKEN_TO_BE_REPLACED

Last Saturday, at the Kentucky Derby, the world’s largest 4K video board was revealed. This ultra-high definition board has an active display area of 15,224 square feet, which will greatly improve the fan experience. The name “Big Board” is definitely fitting for such a massive screen.

END_OF_DOCUMENT_TOKEN_TO_BE_REPLACED

Racist Comments Lead to Losing Sponsors for the Clippers.

Allegedly the owner of the NBA Clippers team, Donald Sterling, was caught saying some horrendous and racist comments. This has lead to numerous companies ending their sponsorship or suspending it. Personally, I think racism is deplorable however, a man of Sterling’s position has no excuse. It has been incredible how social media has literally blown up over this hot topic.

Even the players have reacted to these comments , the players warmed-up with their practice jerseys inside out to show their solidarity against the statements that were made. Also, as they ran out of the tunnel for Game 4 of the first-round playoffs they wore black wristbands or armbands.  As Clippers star guard could be heard shouting to his teammates on the way out,

Here is the following list of lost/ suspended sponsors:

END_OF_DOCUMENT_TOKEN_TO_BE_REPLACED

Adreian Payne is the gentleman sports was missing in a scandal ridden industry.

Very few of the “this restored my faith in humanity” videos ever truly achieves such a bold statement however, Michigan State Power Forward Adreian Payne did just that. Payne, a 6’9″ senior on the Spartans men’s basketball team is an unlikely companion for “Princess” Lacey Holsworth, an eight-year-old battling neuroblastoma. By an act of kismet, the two met when Payne was visiting the hospital she was undergoing treatment at. The friendship was instant and as you can see in the video below life changing:

As you can plainly see in the video this relationship is not a publicity stunt but one of mutual respect and love. Princess Lacey accompanied Payne on to the court during his senior night, he attended her fundraising party, and Payne even gave her the honor of helping him cut down the net after Michigan State won the Big Ten.

“She’s a special firend,” Payne told the Big Ten Network, “and she’s like a sister to me.”

The coverage on this extraordinary friendship has even caught the attention of heavy weights like ESPN sports analyst, Jay Bilas. 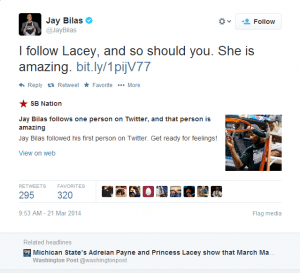 The sports industry is frequently riddled with scandals ranging from drugs, DUI’s, animal abuse, and even murder. It is a breath of fresh air to see a gentlemen, like Payne, hopefully coming down the pipes to an exceptional pro career. This is the type of man and role model that hopefully companies will endorse and stand behind in the future. 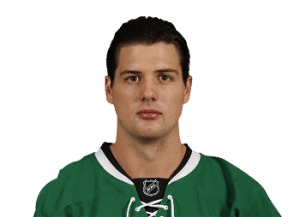 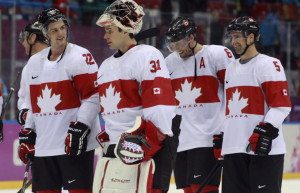 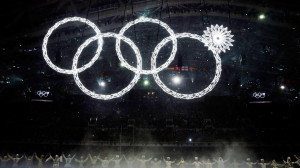 Are the conditions as bad as they seem?

By now, we have all seen the viral pictures of the “terrible” conditions at the Sochi Winter Olympics. These images have ranged from the horrifying water and bathroom conditions at hotels, to the overall unprepared nature of the city. 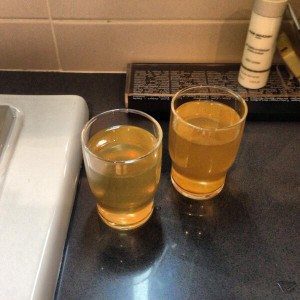 We also have all seen the multiple pictures of the side by side toilets. This photo comes from the NYDailynews.com and was uploaded to show the bathroom conditions that the athletes and reporters are using. 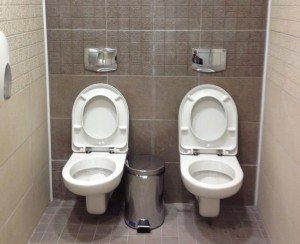 However, many people have not heard the positive things about the Sochi conditions. Alex Ovechkin has spoken up about these negative remarks. 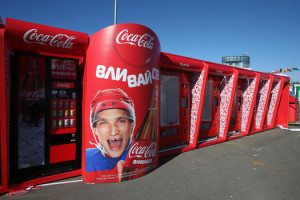 “I remember Turin and Vancouver and nobody said Something bad about Vancouver and Turin. Why you guys always try to find some bad things in Sochi?”

He continued to say,

“It’s Olympics, guys, come on. Everybody has to enjoy it and don’t find bad stuff out there. Everything in Turin was where the construction was and nobody said anything about that. Of course world is changing, everybody is focusing on different stuff, political stuff, but just settle down.”

So in the end the media may be blowing up about all the negatives of the Sochi Winter Olympics, however are positive aspects just being overlooked?

More to come on the Sochi conditions next week!

Digital allows NBC to up coverage of Sochi Olympics

The 2012 London Summer Olympics proved to be a rough time for NBC.  Following the delayed broadcasting of the opening ceremonies and many anticipated events, the network found itself the subject of Twitter’s trending #FailNBC.  This go-round, however, NBC promises not to disappoint.  Its solution?  Digital coverage – and lots of it.

END_OF_DOCUMENT_TOKEN_TO_BE_REPLACED

Multi-task this Sunday.  Watch the Super Bowl and be active on Twitter at the same time.

Super Bowl XVIII is just around the corner. In fact, it’s only two days away.  While die-hard fans are gearing up to go to MetLife Stadium in New Jersey, other fans are preparing their best homemade snacks to get ready for the game.  It’s the Seattle Seahawks vs. the Denver Broncos this Sunday.  Both teams have solid quarterbacks and plenty of personality on and off the field.  Manning, the Bronco’s quarterback, is precise and accurate, while Wilson, the Seahawk’s quarterback, is flexible and fast.  END_OF_DOCUMENT_TOKEN_TO_BE_REPLACED

Last weekend, the Auburn versus Alabama game was one for the ages. The already heated rivalry produced an exciting, close game that eventually ended with Auburn coming out on top. In the end, a botched field goal was returned over 105 yards for a touchdown and the win. While social media made it easy to follow the game play-by-play, it also showcased one of the darker aspects of technology: the opportunity for easy, senseless bullying. END_OF_DOCUMENT_TOKEN_TO_BE_REPLACED

END_OF_DOCUMENT_TOKEN_TO_BE_REPLACED

Politicians and tweeting. Today, celebrities and tweeting is huge. Millions of people follow celebrities. For many different reasons. Sometimes, people follow celebrities because they curious what they are up to and sometimes it’s because they like to know about the latest styles and trends. However, lately, it has become a huge trend for politicians to start using Twitter and social media to get their information out.