Facebook, Google, and Twitter have all allowed for companies to advertise on their websites for years, but recently mobile advertising, specifically mobile app install advertisements, have become extremely predominant. Mobile app install ads enable users to download games and other apps directly to their mobile device from the ad itself. END_OF_DOCUMENT_TOKEN_TO_BE_REPLACED

Has IBM Changed What a Sponsorship Entails?

Many companies use sports sponsorships to kick-start a new campaign.  The company typically introduces a few fresh commercials, each of which will run multiple times throughout the event.  These commercial are usually supported with coinciding social, print, and outdoor media.  Think the P&G “Thank You, Mom” commercials that ran throughout the Olympics. END_OF_DOCUMENT_TOKEN_TO_BE_REPLACED

With today’s technology and popularity of social media, organizations are able to create specific messages tailored to the individual rather than the masses. Consumers are statistically shown to appreciate the individualized marketing that brands and organizations have started using.

END_OF_DOCUMENT_TOKEN_TO_BE_REPLACED 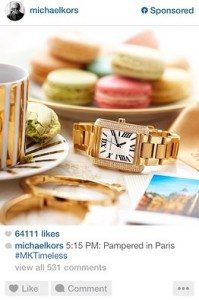 END_OF_DOCUMENT_TOKEN_TO_BE_REPLACED

Last week Instagram announced that it would be rolling ads in the upcoming months. This isn’t the first time they have tried to make money off of their app. After an attempt to charge their users in the past, will this effort be successful?

END_OF_DOCUMENT_TOKEN_TO_BE_REPLACED 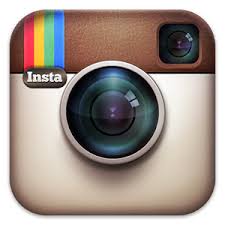 US Instagram users will soon be seeing new changes on their Instagram feeds. Facebook owned Instagram is letting users know that it will slowly start inserting video and photo advertisements into the application over the next few months to avoid potential criticism from more than 150 million current Instagram users. END_OF_DOCUMENT_TOKEN_TO_BE_REPLACED

Wanting to engage your brand with 9/11 and its anniversary is tough, but can be done smartly. People find it insensitive when brands try to use such days of remembrance as attempts to capitalize and bombard the public with product placement.

END_OF_DOCUMENT_TOKEN_TO_BE_REPLACED

Attention please! Anytime a face pops up in a commercial and starts talking people below the age of 20 tune out because they assume it’s about insurance, financial advisors, or some other “adult” thing. Young people’s commercial attention span is nil.

Now companies have adapted their advertisements to attract the coveted youth consumer market. Most commercials aimed at younger generations consist of twenty different two-second clips of attractive people having a great time in a scenic place using whatever product is being sold.

I remember when Levi Strauss first started using this style of commercial in their Levi’s Go Forth campaign several years ago. People initially had no idea what was going on in those commercials. The commercials felt jumbled and frantic compared to the monotonous commercials that surrounded it. Now every commercial I see for smart phones, fast food, cars, cameras, or clothes reminds me of that “Go Forth” style.  Short clips to keep the viewers attention. It works.

Where did this style come from? Why is everyone using it? I think advertisers have gotten smart. They recognize now that young generations aren’t going to buy something just cause they saw a commercial for it. However, younger generations will definitely look something up online that they see in a commercial if it gets their attention and interest.

Commercials now aren’t giving people a lot of information about the product that they are advertising. Young generations don’t want to hear all the info and specs of a gadget during its commercial because they can go online to see that themselves.  The youth of America also want verification from online consumer reviews before they decide to buy a product. Commercials are becoming strictly attention-getters. They get people online so that the consumer can analyze and decide if the product is worth buying.

This past Sunday the Oscars went off without a hitch, well, besides the flooded bathroom incident (thanks TMZ). Now, in terms of the television production, the Oscars went smoothly. Unfortunately for a number of companies – their branded social media marketing during the Oscars was an absolute flop.

END_OF_DOCUMENT_TOKEN_TO_BE_REPLACED

In past years the Super Bowl has become the mecca for companies to advertise their products. Whatever the cost of an advertisement was, companies are willing to pay. For Super Bowl XLVII companies are paying roughly $4 million dollars for 30 seconds of airtime. Because of high costs, some companies are utilizing social media in addition to their on-air commercial time to gain more impressions.