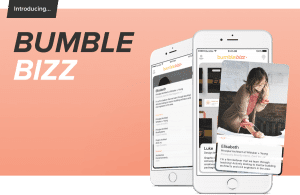 Bumble is a dating app created by Whitney Wolfe to empower women. The app allows users to create profiles to connect with other users. Users connect when both swipe right on each others profile. However, when users match, the woman must initiate the conversation. Bumble Bizz is a new feature of the app. Bumble Bizz helps professionals to expand networks. As well as, empowering women to make career moves. END_OF_DOCUMENT_TOKEN_TO_BE_REPLACED 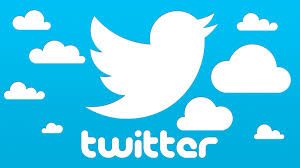 GroupMe is an app for smartphones and a website, but slack is the new GroupMe for professionals. Slack is a tool used by professionals to communicate digitally within an organization. There are five components of Slack: teams and workspaces, channels, messages, search, and notifications. A team is the group of people using Slack to communicate. A workspace is a digital space the team shares to communicate and work. Channels are the space where a team communicates. There are public and private channels. Public channels are open to the whole team. Whereas, team members must invite others to the private channel. Direct message is where two teammates can communicate one on one. Sending messages occurs through public and private channels or direct messages. Search allows a user to narrow down information needed to get work done. Lastly, notifications enable team members to know when the team is talking. END_OF_DOCUMENT_TOKEN_TO_BE_REPLACED 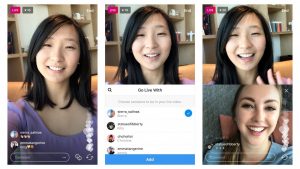 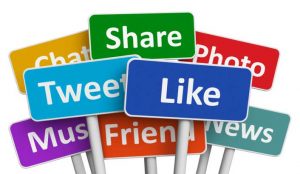 In recent years, social media’s use in business has shifted from important to imperative. There are a variety of different channels companies can utilize. These channels can be selected based on relevance to and needs of the specific company. There is something for everyone with social media. It allows businesses to meet people’s needs and interests. The top social media channels that businesses should consider are Facebook, Google +, Instagram, LinkedIn, Pinterest, Twitter, and YouTube. All seven of these channels are popular and offer a broad reach. These platforms have demonstrated effective use by businesses in a variety of ways, from marketing to publicity to even sales. END_OF_DOCUMENT_TOKEN_TO_BE_REPLACED

The latest and greatest development in the frontier of social media may just be a company called Banjo. Why haven’t you heard of it? Until recently, the company and its app have been kept tightly under wraps for a big reveal worthy of the impressive nature of the technology. But get ready, because this new form of social media may very well change the world. END_OF_DOCUMENT_TOKEN_TO_BE_REPLACED 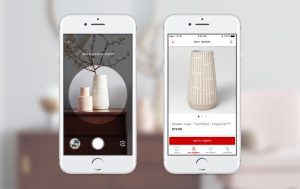 Pinterest has always been a social media tool for entertainment, but now Pinterest is joining corporate America through a new tool on Target’s app and website. Today, Target announced that the company would be adding a new feature to their app and website. Customers can take a photograph of any products and find similar products at Target. In the past, Pinterest has been used by individuals to become inspired. For a long time, one of the most appealing aspects of the site was that it was not tied to the advertising and consumerism that has taken over other social media platforms. While some users might find this new point and click to buy option alluring, it may be a turn-off for many others who have valued Pinterest for its emphasis on inspiration and do it yourself.
END_OF_DOCUMENT_TOKEN_TO_BE_REPLACED 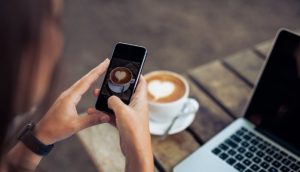 Social media influencers are social media users who have gained credibility in certain areas, such as fashion or entertainment. These individuals typically have substantial followers and impact perceptions of various products, people, or issues. Social media influencers use numerous platforms, but one the most persuasive is blogging because readers feel a personal connection to them through the more intimate and long-term setting of a blog. In some cases, bloggers have even become, if not more, influential than traditional journalism outlets. END_OF_DOCUMENT_TOKEN_TO_BE_REPLACED

There are now new ways for people to see hurricane coverage other than the news. Snapchat provides a tool, called Snap Map, for people to post Snaps that people around the world can search and see. When Snap Maps was initially invented, most people thought it was a little creepy because anyone allowed could see people’s location. Over time the social media tool became utilized in a way that people did not see coming. People around the world can search an event, topic or city to see the related Snaps. After Hurricane Harvey and Irma, it proved Snap Map’s usefulness during hurricanes. 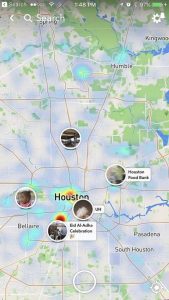 Coverage of storms is difficult to catch during the heat of it, but Snap Map’s usefulness during hurricanes is the next new way to see storm coverage. Texas and Florida experienced these record breaking hurricanes, which resulted in power outages and dangerous flooding. The people who did not evacuate the affected areas went to Snapchat to show the world the prep before the storm, conditions during the storm and the aftermath.

Since Snap Map was invented to show Snaps from all across the world, it was heavily used during Hurricane Harvey and Irma. Snap Map’s usefulness during hurricanes was an added value for a variety of different reasons.

People in America, as well as, around the world were able to see the impact of Hurricane Harvey and Irma. The residents who evacuated, before the storms made landfall, were able to look at Snap Map in their neighborhood to judge whether or not their house was damaged. Not only is Snap Map’s usefulness during hurricanes interesting for people around the world, but it also helped the government and aid organizations know where to send first responders and supplies.