We have all done it– posted a status, a tweet, a pic and have checked back to see how many likes, comments, and retweets we’ve gotten in response. Sadly the numbers fill some kind of weird need or emptiness. It boosts ego and self esteems. BUT it also tears down confidence as studies have shown that Facebook, as well as other social media platform make young people sad and less satisfied. People scroll for hours watching the lives of so many others and comparing it to their own. Looking at their pictures, their relationship statuses, their followers, and so much more. When it comes to the young people now, is it too early to say that we may have clinical depression disorders because of they way we spend our time on an outlet that is suppose to connect us to our friends and family–something good. 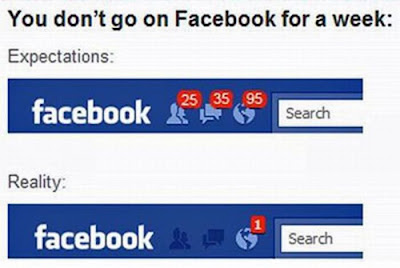 It was only a matter of time really, before they realized what effects these websites will have on our psyche; but until then young people must understand when to lay off the social media sites. I mean, how many times can you look at pictures of Sarah’s trip to Barcelona or watch the video of Andrew proposing to his girlfriend of 2 years?