I remember when Vine first came out. I downloaded the app, followed my friends, and began scrolling through funny 6-second videos
almost everyday. Vine quickly gained popularity and the attention of one of the biggest players in the game: Twitter. Twitter saw Vine as the perfect compliment to their platform and purchased Vine in 2012. But now we have to say “Goodbye Vine”. Twitter just announced
they will be shutting down the app in a few months.

The Verge spoke about Vine’s original pitch to Twitter. “The thing about Vine becoming the internet’s premiere tool for making short-form videos is that it happened almost completely by accident. Its founders had envisioned their tool for making 6-second clips as a way to help people capture casual moments in their lives and share them with friends. It was part of their pitch to Twitter, which bought the company for a reported $30 million in October 2012, seeing it as a near-perfect video analog to its flagship app’s short-form text posts.” 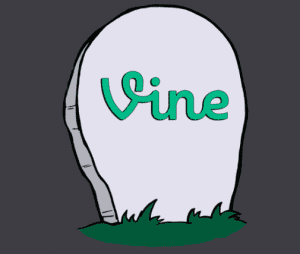 Vine’s effort to be a “slice of life” moment sharing tool was quickly overshadowed by SnapChat. So Vine became something a littler different, more niche and unique. Vine was a place for extreme creativity and a distinct type of humor. It quickly fostered the environment for “Vine Celebrities”, influencer who became wildly popular overnight. This wasn’t quite what Twitter had in mind for the app. So Vine continued to fall behind as SnapChat and Instagram incorporated new features. 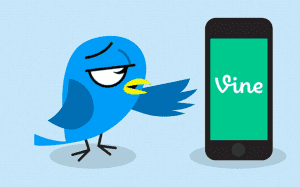 Most importantly the platforms foundation ultimately proved to be it’s downfall. This quote from Market Watch embodies Vine’s main problem. “Those boundaries, while it was part of the original appeal, became part of its limitations,” said Paul Rand, president and chief executive officer of Zócalo Group, a digital marketing agency. So goodbye Vine, we will see what moves Twitter makes next to recover.