CVS and Rite Aid have stopped accepting Apple Pay, which is dragging customers into a confusing and annoying fight over payment politics. 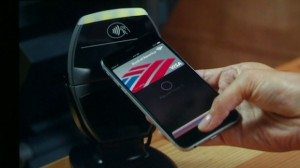 Why have they stopped accepting Apple Pay?

They have stopped mainly for two reasons: they don’t want lose the 1.5% to 3% of fees every time a transaction is made. They also want to keep collecting data on shoppers.

CVS and Rite Aid have stopped accepting Apple Pay because they have a new plan in place. The group started Merchant Customer Exchange to develop their own payment network called CurrentC. Right now, this network only has a coupon-and-rewards smartphone app. They are in the process of designing an app to let you pay at the register without using a credit card, which is supposed to come out in the near future.

Wal-Mart was the first major company to develop this app. Shortly after Target, Bed Bath & Beyond, Dunkin Donuts, Gap, Publix, Sears, Shell and Wendy’s got on the bandwagon. None of these companies accepts Apple Pay.

What was the result?

There is now a huge battle over back-end banking systems. On one side, Merchant Customer Exchange boasts many shops. They have 111,000-plus locations that process more than $1 trillion payments a year. On the other side, Silicon Valley business, including major banks and a few dozen brands, are trying to popularize wireless technology.

Many believe that most of the Merchant Customer Exchange business will cave in because Apple Pay is growing and eventually, they will lose sales. Until then, sadly, we can expect multiple payment options.