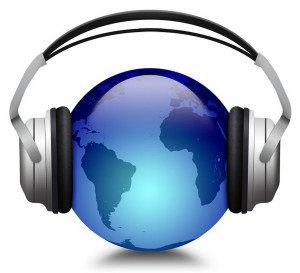 M = Music fans and geeks: get that music bookmarks folder ready for even more! Apps are available for popular mobile and desktop platforms. 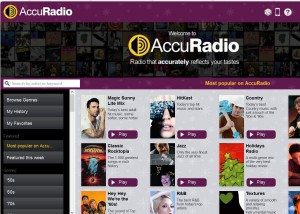 $ – It reaches nearly a million unique listeners per month with an audience of as many 14,000 simultaneous listeners on weekdays during business hours -internet radio’s “prime time.” Its audience is approximately 60/40 male/female and almost equally divided between the 25-34, 35-44, and 45-54 age groups, with an average age of 41. AccuRadio‘s offices are in Chicago.

M – More than 500 channels and options to blend them. Sort by genre, decade, culture, etc. 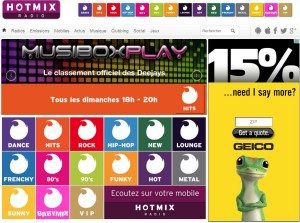 $ – Listeners are spread around the world with a strong based in the French-speaking world. Advertising is done through Adionomy  and  SkyBoard.  HotMix Radio is headquartered in Paris, and they are founders of SYROL (syndicat des radios on-line). 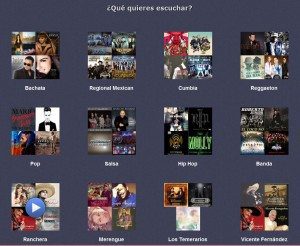 M – Batanga Radio users stream millions of songs per year, and create over hundreds of thousands of custom stations every month. Listeners can also tune into hundreds of pre-made genre stations in both English and Spanish.