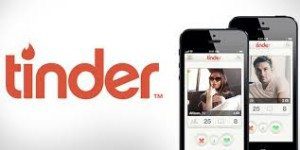 Fifty years ago, if you told someone about the iPhone they might actually be able to fathom the concept of a portable device in which one can communicate with loved ones, friends and colleagues. As mind blowing and as such an accomplishment as apple achieved when they created the iPhone, it cannot even touch the social impact that technology has created through social media. In this instance, I would like to speak about the smartphone app called Tinder.

Just to reiterate, if one told someone fifty years ago about the iPhone, they might honestly understand the purpose and usefulness of a device and how it would have progressed over time. Now, if that same person from the future were to tell this 1960’s person about the app, application, Tinder, their mind would be thoroughly blown. Imagine telling someone from the past that they could see all the people within a predetermined circumference that wanted to “hook up” with them. To be frank, Tinder might not even be a hit in such a generation because of the overall higher level of morals instilled by a stronger sense of family, and therefore decreasing the acceptance of promiscuity, as compared to the generation of peers in which we live in today. For good or for bad, twice just today (the same day I am writing this blog) I ran into mutual friends at a popular social spot in uptown that both said they were there to meet with a significant other that they had met through tinder. I guess the question that this really poses on society is, “how far are people willing to go just to not be alone”? Philosophical game changers like Thoreau and Emerson encouraged separation from society, but with the technology being created today, are we even able to be alone ever?

Tinder offers many different dangers and suspicions, and whether people are willing to trust such a system or not is up to them. 50 years ago Tinder would be considered “creepy”, however now-a-days, it is acceptable, as social media has basically taken over young adults lives.

The concept “stranger danger” should never get old, even if social media tries to desensitize such an important caution through different Iphone or computer applications. As time evolves, tolerance evolves, and what would be considered inappropiate practices in the past are now accepted. As Tinder continues to become more popular, young women and men trust in the system and find it “fun” as mystery makes things interesting, and strangers become exciting.