Social Media: the World of Me

Social media was once a place to communicate, socialize, and interact with colleagues, but now it seems to be a place to show the world who you are, what you did last night, what you wore, and even what you ate.  With all this “me” talk, is the world of social media becoming narcissistic?

Of course, all social media sites incorporate elements that allow you to share who you are with the world. That is the point of them and that is why they are popular.  However, social media sites have become bubbles of highly self-controlled flow of information.  Users can control who sees their information and what information they receive about others while being able to completely disregarding any unwanted communication. 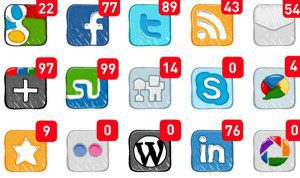 Through social media, users are able to receive constant affirmation that what they are posting is cool or what they have to say is funny.  The amount of favorites or retweets or likes all come into play when feeding into one’s ego on social media.  Users of social media are able to gain attention that would otherwise be unobtainable in the real world.  This attention creates a sort of haven for self-centered behavior and seems only to perpetuate it.  After all, how you would know you looked good if ten of your best friends did not tell you?

On some social media sites, you do not even need words, just pictures.   A new word has even been created out of this self-centered picture phenomenon: the selfie (a picture taken of yourself).  Snapchat has become a success based purely on this concept and the self-centered behaviors of social media users.  Selfies are  no longer limited to adolescents and teens.  The trend is becoming increasingly popular with adults, even the president.