Nissan made their first vehicle, the Datsun, back in 1914. Fast forward almost 100 years and there are new  products on the fore front: Nissan digital driving. This fall they released the Nismo Watch and the Nissan 3E is set to release at the end of November; proving that cars are no longer just for driving.

The Nismo Watch was Nissan’s first entry into the world of wearable technology this past September. Nissan diversified themselves from other smart watches by connecting to a car and not a smartphone or computer. The Nismo focuses on tracking wearers experiences or speeds. It tracks personal speed, such as heart rate, social speed, such as Twitter and Facebook, and simply the vehicle’s speed. The watch also includes warnings about road conditions and alerts for when your Nissan needs maintenance. 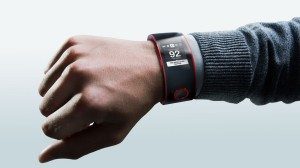 It seems the Nismo Watch was just the beginning for Nissan’s wearable technology; at the end of November they are debuting the Nissan 3E. The 3E stands for third eye. The 3E is similar to the Google Glass but goes over your left eye instead of the right and its usage is compatible with Nissan cars. There isn’t much information on what exactly the 3E will do but Nissan has released a promotional video. According to a company statement the device, “can be connected to the Internet in real time, allowing the users to overlay acquired information on the glasses, record projected images and communicate with others by sending information to their glasses.”

With all the changes and innovation in technology what do you think; is Nissan digital driving the next big thing? Will other car companies jump on the bandwagon? In your opinion are wearable technologies even safe for usage while driving?

1 thought on “A new era for vehicles: Nissan Digital Driving”