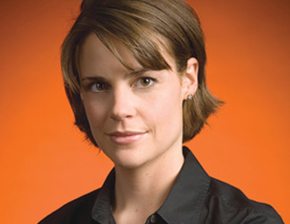 Emily White graduated from Vanderbilt University where she majored in Art. White worked at Google in ad sales, when Sheryl Sandberg COO of Facebook who also worked at Google at the time brought her over to run Facebook’s sales and marketing. When Facebook bought Instagram, White became the Senior Director of Business Operations at Instagram. It is rumored that White implemented the new ads we see on Instagram.

A few days ago, White accepted a job offer at Snapchat where she will be Chief Operating Officer. Many are eager to see what this means for Snapchat future. White was able to create a revenue stream for Instagram and now being hired by Snapchat the world waits in anticipation what is Snapchat’s next business move, especially after turning down a $3 billion acquisition  offer from Facebook.

What do you think about Emily White leaving Facebook and Instagram to work for its competitor, Snapchat?

1 thought on “Emily White Making Her Rounds In Social Media”