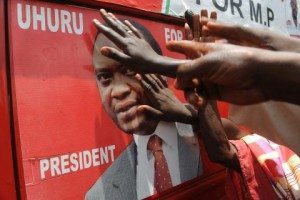 We usually think of social media as a good way for people to stay connected with one another across the globe. However, as the recent Kenyan elections have proven, social media can easily be used for hate speech and the incitement of violence.

Elections were held on March 4, 2013, and there seemed to be little chance of violence. The defeated candidate, Raila Odinga, launched a legal challenge since the victor, Uhuru Kenyatta, won only by a slim margin. After the challenge was issued, a firestorm was set off through social media.

As people began to spread hateful speech through Facebook and Twitter, problems with ethnic divisions began to resurface. Both of the candidates are from different tribes that are nor particularly friendly towards one another. Social media has helped supporters of both candidates spread hate speech quickly, worsening the tension in the country.

Now, there seems to be a high probability that violence could break out if the Kenyan elections are not decided soon. In 2007, this is exactly what happened when the election results were disputed. Although initial reactions of the public seemed more peaceful this time than in 2007, it seems that history may repeat itself in Kenya.