Giving in to popular demand, Netflix will now be offering streaming offline. Subscribers can now download their favorite shows to watch later on-the-go. 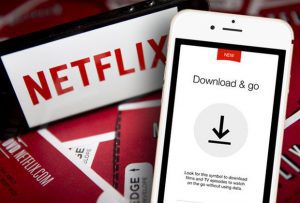 In just eight years, Netflix has grown to around 47 million subscribers, a 20 million user increase since 2011. Netflix is subscription almost every millennial has and has even become a verb, used in the phrase “Netflix and chill.” Netflix previously stated that streaming offline was something they would never do. Although, as their competitor Amazon Prime entered the market with offline downloads, Netflix became more open to the idea.

With this new feature, it will now be even easier for users to binge watch their favorite shows and movies. 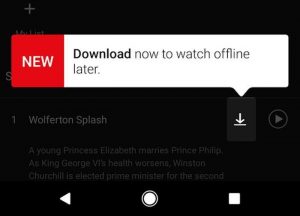 Netflix offline will arrive just in time for the holidays, allowing subscribers to use the app while stuck on their flight home. Good news for all, the capability comes free of cost with all Netflix memberships. With an updated webpage, users simply need to click the new “download” button to save content for later. The days of switching from Wi-Fi to Wi-Fi are over, as Netflix aims to make its product more suitable for those with a life on-the-go.

Even with this new feature, there still are a few road bumps. Unfortunately, Netflix offline does not include everything accessible online. Shows like Friends and New Girl are currently unavailable for streaming offline as of now. Even though some content is not available for download, production studios may decide to alter their contracts with Netflix. This will hopefully allow more series to become available for the new streaming service. Also, make sure to plan ahead as hour-long episodes appear to take up to 250mb of space.

Even with these hurdles, Netflix offline has arrived just in time for the season of travel. The new service will be sure to provide hours of entertainment. Even when subscribers are away from their precious internet connection, they will still be able to “Netflix and chill.” Download your favorites for your upcoming road trips or delayed flights, as this service will help cure those boring, countless hours.

With the help of the millennial generation, the traditional Thanksgiving now also has a friendship counterpart called “Friendsgiving.” During the first few weeks of November, groups will be hosting their own Thanksgiving feast, equipt with all the fall, food favorites and a special bonus: friends! END_OF_DOCUMENT_TOKEN_TO_BE_REPLACED

For almost 20 years, Starbucks has embraced the holiday season with a signature red cup. Since 1997, the designs have ranged from mistletoe to ornaments, adding a personal touch to the standard cup of coffee.

Last year, Starbucks received a lot of negative attention by removing this holiday tradition. Instead of seeing a creative and festive design, customers were greeted with a solid, red cup. Starbucks Vice President of Design, Jeffrey Fields, stated that the cups we meant to “usher in the holidays with a purity of design that welcomes all of our stories.” Even though this sounds like a good PR move on paper, it turned out to be a disaster.

END_OF_DOCUMENT_TOKEN_TO_BE_REPLACED

Young people are not just into food; they are fanatic about it. What used to be known as mealtime, has now become an art form. Millennials obsess over food, making sure even a photo of their breakfast has the perfect lighting . With over 80 millennials in America, roughly half call themselves “foodies,” proving that this is not just a fad, but a lifestyle.

END_OF_DOCUMENT_TOKEN_TO_BE_REPLACED

With the release of Facebook Live in April 2016, Facebook has seen little engagement with their millions of users. How so? This top social media platform should be seeing a high number of results, right?

Facebook Live is simple and easy to use, yet Facebook users are not using this new tool as the social platform as originally hoped. Because Facebook Live is so personal and well, live, many are uncomfortanle with the broadcasting aspect of the feature. Rather than editing or altering a post, Facebook Live provides a new element to social engagement by generating live content. END_OF_DOCUMENT_TOKEN_TO_BE_REPLACED

Pinterest has recently become one of the highest preforming platforms on social media. Even with Facebook, Twitter and Instagram as its competitors, Pinterest is continuing to grow. The social outlet now has over 150 million users, with an increase of over 30 percent in the past year. Alongside its number of users, the poential for Pinterst is growing as well. END_OF_DOCUMENT_TOKEN_TO_BE_REPLACED

Likes Have Become a Thing of the Past: How to Measure True Digital Engagement

Today, social media is filled with advertisers and brands promoting their content. Each platform has its own way of pushing out a message, photo or video to its target audience. This makes it easier for brands to reach a specific demographic, hoping to earn high engagement on social media from their followers.

END_OF_DOCUMENT_TOKEN_TO_BE_REPLACED

Influencers have a lot of credibility and trust with their followers. How do bloggers use social media to their advantage?

Most of us have that favorite blogger or stylist we follower on social media. Every day they post about a new product or gadget, making us want it too. Even though we may not realize it, this acts as a form of subliminal messaging. When we see someone we trust with a brand, we begin to trust the brand ourselves.

Influencers have a lot of “influence” on their followers, hence the name. Bloggers use social media to push out new trends  and are most likely, paid by the particular brand or company to do so. Of course, when we see a post or photo on social media, we often forget this small, but major detail. END_OF_DOCUMENT_TOKEN_TO_BE_REPLACED

Forget picking up the phone, learn to pitch on Twitter

In the profession of PR, clients often expect to have their news covered in the media. But how do you pitch reporters that do not answer the phone or check their email? If done correctly, social media can be a powerful tool for story pitching. It may take a while to get used to, but many PR professionals have learned to pitch on Twitter. Even though this breaks all rules of traditional pitching, it can easily become a great resource. END_OF_DOCUMENT_TOKEN_TO_BE_REPLACED

We all want something bigger and better, but does Apple’s iPhone 7  truly entice us to buy? 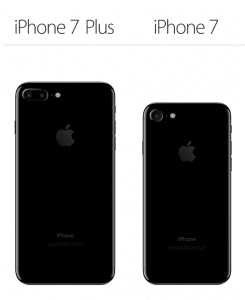 Another iPhone update is at it again. Sure, the product comes in a new color called “jet black” and has some additionally features, but is Apple’s iPhone 7 really life changing? Is this something we cannot live without? Most expect millennials to want the next best thing, especially when it is an Apple product. (It is not like their target audience are my tech un-savy parents.) Of course the latest devices are always tempting, but as a college student I always have to keep my budget in mind. END_OF_DOCUMENT_TOKEN_TO_BE_REPLACED